Baku, the capital of Azerbaijan

Baku, sometimes spelled as Baki or Bakou, is the capital, largest city, and largest port of Azerbaijan and the Caucasus region. It is located on the southern shore of the Absheron Peninsula, that projects into the Caspian Sea. The city consists of two principal parts: the downtown and the old Inner City (21.5 ha). 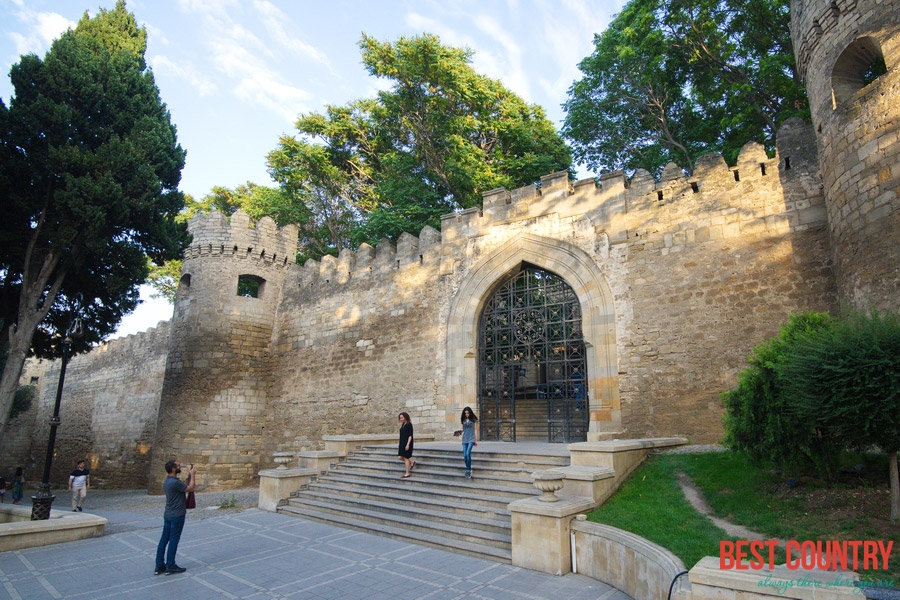 There are a number of interesting sites within Baku's walled fortress, the Old City (a UNESCO World Heritage site), which can all be seen on foot in one day:

Maiden's Tower (Giz Qalasi). This mysterious and eccentric tower was built somewhere between the 7th and 12th centuries and may have served as a fire beacon, defensive fortification, astronomical observatory, or Zoroastrian temple.

Outside the city, on the Absheron Peninsula, there are several interesting sites that are easy to reach via taxi or public transportation. Moreover, the scenery along your route is itself a fascinatingly ugly sight to be seen, a desert wasteland with white salt flats and natural oil pools seeping up to the surface.

Yanar Dagh. Yanar Dagh is a mountain that has been continuously on fire for one thousand years. The natural gas vents ensure that hot flames roar out of the sides of this hill even when it rains.

Nizami (Torgovaya) Street and Fountain Square, (Near the Old City). This is a pedestrian street along the center of Baku that has many shopping, dining, and sitting places.