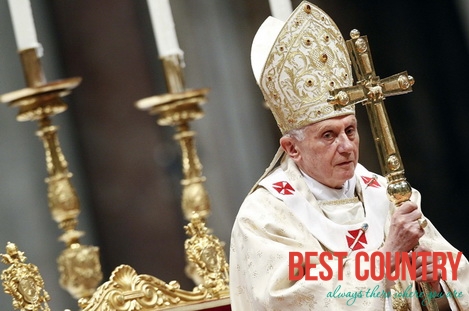 Almost all of Vatican City's little more than 800 citizens either live inside the Vatican's walls or serve in the Holy See's diplomatic corps in embassies (called "nunciatures"; a papal ambassador is a "nuncio") around the world.

The Vatican citizenry consists almost entirely of two groups: clergy working as officials of the Vatican as a state or of the Catholic Church; and the Swiss Guard.

As a result, all of the City's actual citizens are Catholic.

Catholicism is the state religion and all the places of worship inside Vatican City are Catholic.