The Sistine Chapel, which is located at the Apostolic Palace, is popular for housing historic items like the paintings created by famous artists such as Sandro Botticelli and Michelangelo.

Some of the paintings displayed in the chapel are The Temptation of Christ and the Scenes from the Life of Moses. Other popular paintings featured in this tourist destination are the Last Judgment and the Ancestors of Christ. 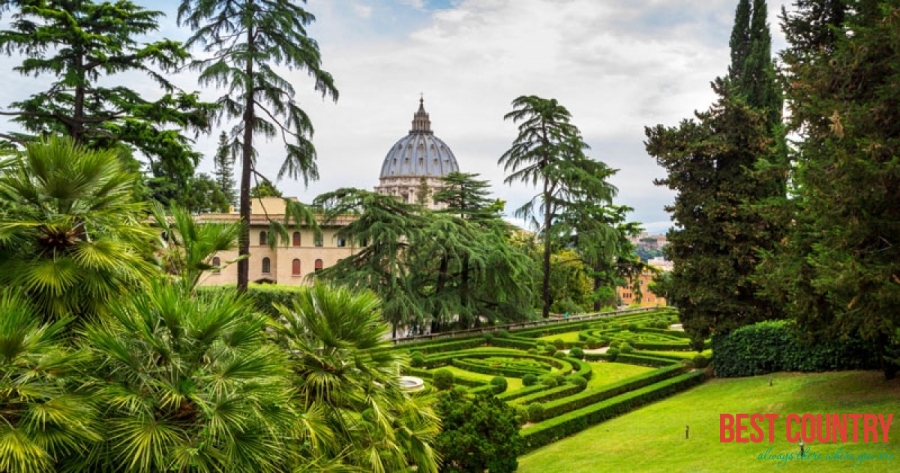 Included in the list of the top 10 tourist spots in Vatican City, the Vatican Gardens cover 20 hectares of land.People can view attractive fountains and sculptures in the gardens. Aside from these, the tourist spot provides a nice view of some buildings in the city like the Radio Vatican.

This tourist destination adjoins the famous Apostolic Palace. The tourist spot was constructed in 1626 and the architecture was inspired by Baroque and Renaissance styles. Some of the historic items featured in the site are the throne of Saint Peter, papal tombs and artworks made by popular artists like Antonio Averulino.

The Saint Peter Square is found beside the Saint Peter Basilica. It was designed by from 1656 to 1667 by Gian Lorenzo Bernini. The highlights of this tourist spot include the Egyptian obelisk and the two fountains.

Considered as the founding Vatican museum, theMusei Vaticani was established by Innocent VIII in 1503. It is located at Viale Vaticano and it features numerous collections of religious artworks.

These include religious paintings like the Christ and the Samaritan Woman by Mario Sironi, The Daughters of Lot by Carlo Carra and the Study for the Crucifixion by Graham Sutherland.

In addition to the paintings and sculptures, people can find the tombs of Pope Clement IX, Pauline Bonaparte and Pope Nicholas IV in this tourist spot. Other artworks inside the site include the Ercole from Bologna, Salvatore Fontana and Lattanzio Mainardi.

The Vatican Necropolis is found inside the Saint Peter Basilica. Many people visit the place to see the tomb of the saint.

Before people can see the tomb, they will pass through a long corridor. As they pass through the corridor, they can find different mausoleum like the Mausoleum of Lucius Tullius Zethus.

The Vatican Library is considered one of the top 10 tourist spots in Vatican City because it features holds religious manuscripts and printed documents. The site is popular for holding some historic and ancient books like the Codex Vaticanus Graecus 1209 and the Secret History of Procopius. Other texts featured in the library are the Joshua Roll, the Libri Carolini and the Vergilius Vaticanus.

A separated section in the Vatican Library, the Vatican Secret Archives is popular because it holds papal account books, correspondence and state papers.

The place is open for public viewing but tourists should seek assistance from the administrator of the library before they can see the archives. Some of the documents in the place are Michelangelo’s letters and an annulment request filed by Henry VII of England.

The architecture of this site is similar with the ancient chapels. Some of thehighlights of the chapelinclude the salvation altar, religious paintings and mosaic art found on the ceiling and walls of the place.

Through the artworks in the place, tourists will understand the sufferings experienced by Virgin Mary.