Vatican City is a landlocked sovereign city-state whose territory consists of a walled enclave within the city of Rome, Italy. It has an area of approximately 44 hectares (110 acres), and a population of just over 800. 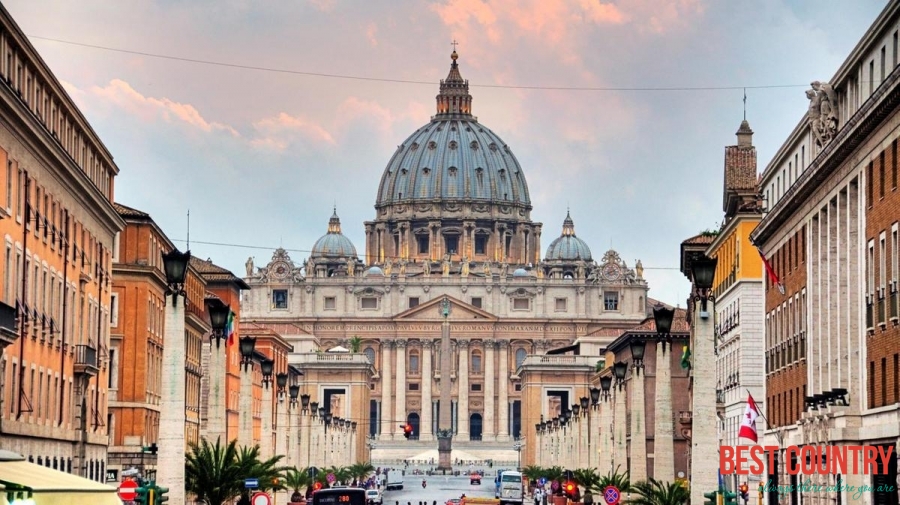 Vatican city (Citta del Vaticano), the papal residence, was built over the tomb of Saint Peter. The Vatican's position as a sovereign state within a state was quaranteed by the Lateran Treaty of 1929, marked by the building of a new road, the Via della Conciliazione. This leads from huge St Peter's basilica to Castel Sant' Angelo, a monument to a far grimmer past.

Vatican is the smallest state in the world, based in Rome in Italy.

Inside the Vatican city we can find 11 Vatican Museums with the restored Michelangelo's Sistine Chapel, and Vatican Gardens, an enchanted place, a system of large and small gardens, fountain, fish pool and enclousure for rabbits. They date back to medieval times when vineyards and orchards extended to the north of the Apostolic Palace.

Vatican radio station broadcasts all over the world in 29 languages, it has it's television station, the dialy newspaper, post office with Vatican stamps, shops, offices and publishing house. All signposted, in highly-sophisticated system of organisation.

Vatican City is home to some of the most famous art in the world. St. Peter's Basilica, whose successive architects include Bramante, Michelangelo, Giacomo della Porta, Maderno and Bernini is a renowned work of Renaissance architecture. The Sistine Chapel is famous for its frescos, which include works by Perugino, Domenico Ghirlandaio and Botticelli as well as the ceiling and Last Judgement by Michelangelo. Artists who decorated the interiors of the Vatican include Raphael and Fra Angelico.

The Vatican Library and the collections of the Vatican Museums are of the highest historical, scientific and cultural importance. In 1984, the Vatican was added by UNESCO to the List of World Heritage Sites; it is the only one to consist of an entire state. Furthermore, it is the only site to date registered with the UNESCO as a centre containing monuments in the "International Register of Cultural Property under Special Protection" according to the 1954 Hague Convention for the Protection of Cultural Property in the Event of Armed Conflict.