Languages and population of Vatican City 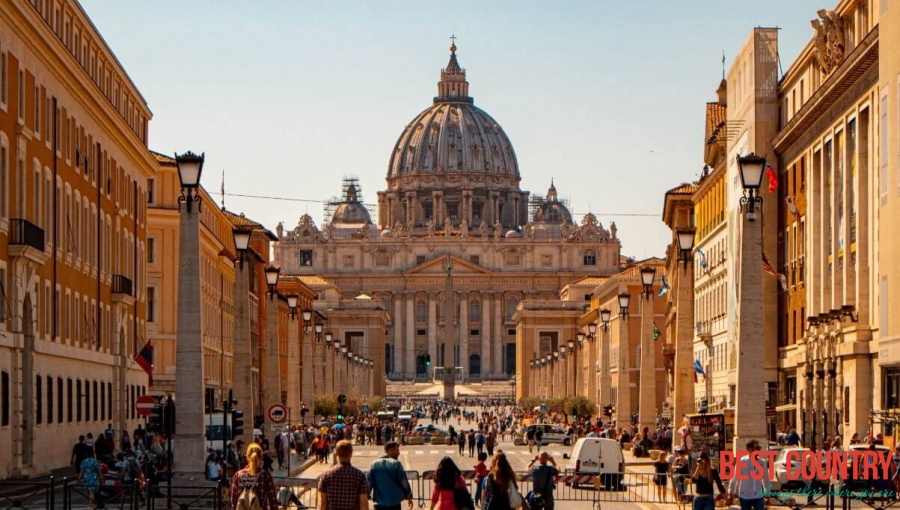 Vatican City is a city state that came into existence in 1929. It is therefore to be clearly distinguished from the Holy See, which already was in existence for many centuries before that date.

The state of Vatican City has established no official language by law.

However, in accordance with paragraph 2 of the Legge sulle fonti del diritto of 7 June 1929, it promulgates its laws and regulations by publishing them in the Italian-language Supplemento per le leggi e disposizioni dello Stato della Città del Vaticano attached to the Acta Apostolicae Sedis.

Many languages are used within the state. For instance, recruits to the Pontifical Swiss Guard take their oath in the language of the canton to which they belong: German, French or Italian.

And the Holy See's semi-official newspaper, L'Osservatore Romano is published in Italian, English, French, German, Polish, Portuguese and Spanish. A Malayalam edition was added in July 2008.

The Holy See itself mainly uses Latin for its most important official documents, which are published in the Acta Apostolicae Sedis.

Since the state came into existence only in 1929, most of the buildings situated within it predated it by centuries: inscriptions can be found in them mainly in Latin, but also in Italian, Greek, French and German.

What became Vatican City was from 1870 to 1929 part of the Kingdom of Italy, whose official language also was Italian, and before 1870 it was part of the Papal States, in which standard Italian (based on Tuscan) and various Italian dialects, such as Emiliano-Romagnolo, were spoken, but which for the first centuries of its existence used Latin for all official purposes.

Earlier still, it was part of the Roman Empire. In the earliest historical records the term "Vatican" was used to refer to a marshy area, larger than the Vatican City State, on the right bank of the Tiber River, between the Milvio Bridge and the present Sixtus Bridge.

During the monarchy and the republican age, the area was known as Ager Vaticanus. From the 2nd century A.D., the toponym Vaticanum was applied to an area corresponding roughly to the present Vatican City State.

The population of Vatican City is about 825 people (December, 2022), of whom over 450 have Vatican citizenship, while the rest have permission to reside there, either temporarily or permanently, without the benefit of citizenship.

About half of the Vatican’s citizens do not live inside Vatican City.

Because of their occupations (mostly as diplomatic personnel), they live in different countries around the world.

The conferral or loss of citizenship, authorization to live inside Vatican City and formalities for entering the territory, are governed by special regulations issued according to the Lateran Treaty.