Ukraine is subdivided into 27 regions: 24 oblasts, one autonomous republic, and two "cities with special status".

The administrative division in Ukraine was directly inherited from the local republican administration of the Soviet Union, the Ukrainian Soviet Socialist Republic, and has not changed majorly since the middle of 20th century. 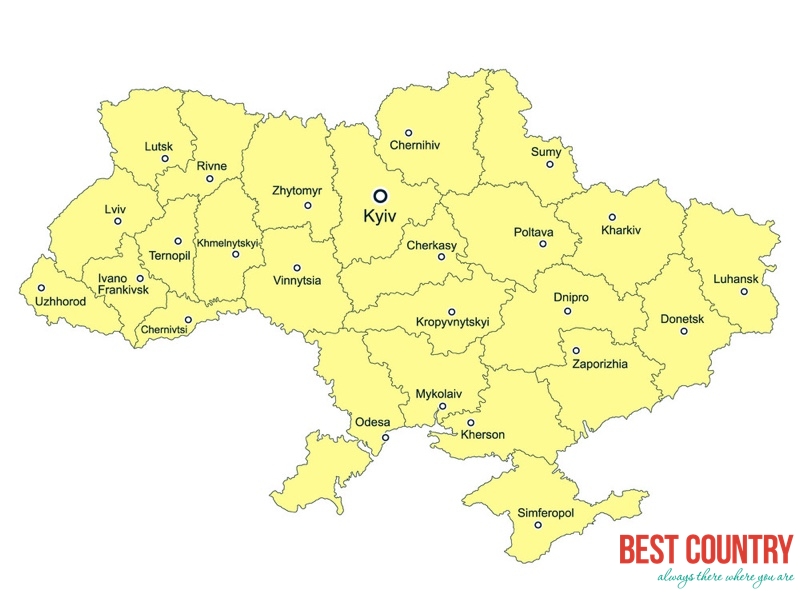 It is somewhat complex as beside having couple of levels of a territorial subdivision, it also has its own classification for various settlements.

Regions, cities, districts are governed by a state administration, a chief of which is appointed by the president.

Crimea has its own incomplete cabinet of ministers, however the state administration is represented by the office of the Presidential Representative of Ukraine.

A basic and the lowest level of administrative division is a settlement that is governed by a local council (rada).

Cities as a settlement always carry a special status within a region and have their own form of self-administration (municipality - vykonkom) and some may consist of their own city's districts (raions). City municipalities are governed by a mayor.

For an understanding of the cultural and socioeconomic differences within the country, a knowledge of the Ukrainian historical regions is crucial in studying the administrative structure.

For example the West Ukraine has some influence of the countries from Central Europe, while Eastern Ukraine is heavily influenced by the Russian Federation.