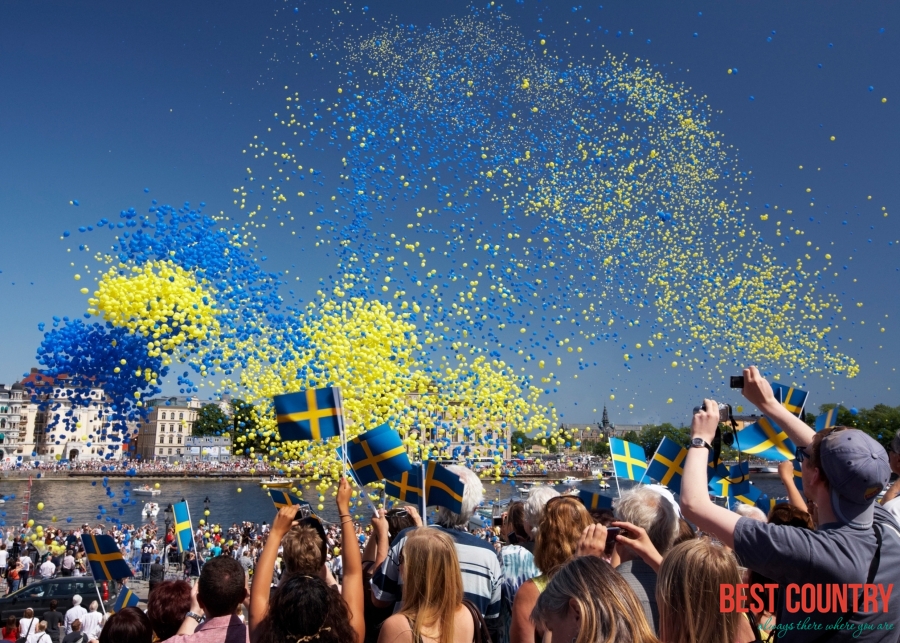 Sweden holidays are a great reason to visit Scandinavia. Holidays in Sweden and events in Stockholm Sweden are unique and fun, and there are some great traditions among the holidays in Sweden.

Not only is the Christmas holiday a great time to celebrate Sweden holidays, but there are also some excellent film and music festivals and events in Stockholm Sweden and other cities throughout the year.

The Sweden Water Festival is a week-long festival that happens each year in the city of Stockholm.Each August, the residents of Stockholm celebrate the excellent water that helps to make their city so unique and prosperous.

The Swedish Water Festival is marked by education about preserving the environment, as well as a cash prize for the most outstanding contribution to water preservation in the area.

The end of the week is marked by a fireworks display, and is one of the favorite events in Stockholm Sweden.

The festival features 170 films from more than 40 countries each year, and often hosts filmmakers and guests for audience questions.

Long hair and leather abound as some of the best bands in Sweden and from around the world. Judas Priest, Motley Crue, Dio, Bruce Dickinson, Twisted Sister, Europe, Deep Purple, Accept, Motorhead, Lynyrd Skynyrd, Scorpions and Alice Cooper have all made past appearances at this festival in Olofstrom.

One of the most important Sweden holidays is the Midsummer celebration.This is perhaps one of the best holidays in Sweden during the summer, and centers on the celebration of summer solstice, the longest day of the year.

With such dark winters, the celebration of summer and the coming sun is an important part of life in Sweden.

The National Day of Sweden marks the end of the Danish-ruled Kalmar Union, which resulted in large part to the official beginning of Swedish independence. This is a national holiday every June 6th, and travelers should note that government buildings will be shut down.

Each year at the end of April, the folks of Sweden and some other countries in northern Europe light bonfires to welcome back the spring. This is a very old tradition, and can be a lot of fun to observe or participate in.