Alcoholic beverages in Sweden are as common as in most of the western world. Sweden is historically part of the vodka belt, with high consumption of distilled beverages and binge drinking, but during the later half of the 20th century, habits are more harmonized with western Europe, with increasing popularity of wine and weekday drinking.

The main Swedish specialty is brännvin (literally "burn-wine"), liquor distilled from fermented grain or potatoes. Vodka is the highest grade of brännvin, with brands like Absolut Vodka and Explorer Vodka. 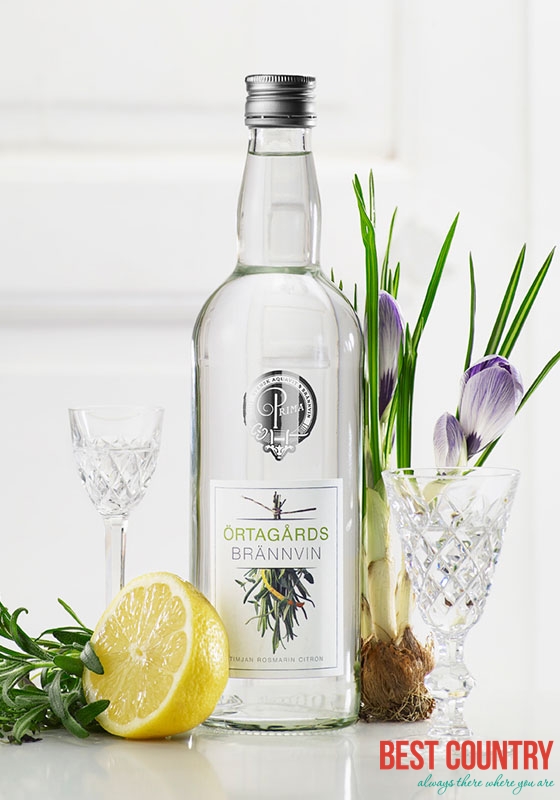 Brännvin seasoned with herbs is known as akvavit. This is usually drunk as a snaps, also known as nubbe, a small shot glass to a traditional meal (especially pickled herring or crayfish).

Lager beer is the most popular beer, both with meals and in bars. In restaurants and bars it is usually served as a stor stark (literally "large strong"), a glass usually containing 40 - 50 cL of starköl (see below).

Lättöl (generally around 2% abv) is very popular in lunch restaurants as for the vast majority of people it is possible to drink one serving of it and still stay below the legal limits for drink driving.

Sweet cider is also common. As of July 1, 2005, new rules established that only fermented juice from apple or pear is allowed to be called 'cider'.

Before this change, any fruit-based beverage could be called cider, meaning that what would be considered alcopop in other countries could be sold as cider in Sweden.

Since prehistory, beer was the staple beverage in Sweden, drunk in extreme quantities to balance the salty food—pickled herring and (if affordable) salted pork were the major protein sources for most people.

Mead was a common delicacy. Distilling was introduced in the 15th century. Prohibition against production and/or sale of brännvin—distilled alcohol—has been enforced during some periods.

As Sweden was industrialized and urbanized during the 19th century, industrially produced brännvin became more available, and alcohol caused increasing health and social problems. The temperance movement rose, and since 1905, government has a monopoly on sales of liquor.

The Swedish prohibition referendum in 1922 resulted in continued sales of alcohol. A rationing system, called Brattsystemet or motbok, was used until 1955.

As Sweden entered the EU in 1995, drinking habits became more continental, and regulations were relaxed.

Systembolaget introduced box wine and law allowed private enterprises to import and market alcohol—though the retail monopoly remained. Consumption of alcohol increased by 30 % from 1995 to 2005.

Sweden has a government alcohol monopoly called Systembolaget for sale of all beverages stronger than 3.5% by volume. Minimum purchase age at Systembolaget is 20 years, but 18 at restaurants and bars with proper permission.

Class I (maximum 2.25%), called lättöl ("light beer"), is sold without restrictions (although shops often set their own age restrictions).

Class II (up to 3.5%), called folköl ("people's beer"), is sold in regular stores, but with the minimum purchase age of 18. Class III, starköl ("strong beer", over 3.5%) is sold only in Systembolaget stores.

The import quota from other EU countries is unlimited for personal use[4]. Due to the taxes many Swedes supply themselves in Estonia or Germany.

Limited rations of duty free shopping is allowed on the ferries between Sweden and Finland, provided they dock at Åland, which is an autonomous part of Finland, and has a special treaty with the EU.

Moonshining is common in rural areas.

Alcohol can be sold in restaurants. The age limit is 18, though many nightclubs voluntarily require a minimum age at the door above 18 (usually 20 or 23, occasionally up to 30).

Alcohol can be sold in bars and pubs if they are defined as restaurants, which means they have to offer warm food on location.

The alcohol must be for immediate consumption, meaning that the staff has to open bottles etc. After 10 PM the kitchen is allowed to close. Restaurants need permission to sell alcohol.

Municipalities give such permissions.