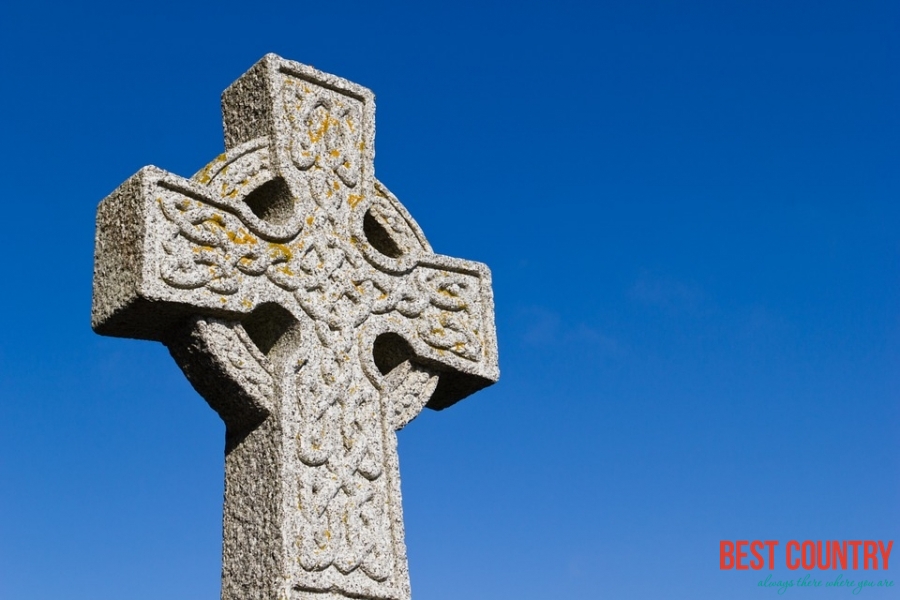 The Church of Scotland (often referred to as The Kirk) is the national church of Scotland. Although it is the established church, it is not subject to state control. It differs from the Church of England in that it has a Presbyterian form of church governance. The Scots are proud of the fact that the Scottish Reformation took place at a grassroots level, unlike in England, where the Reformation was a politically motivated, top-down reform.

The Scottish Reformation, initiated in 1560 and led by John Knox, was Calvinist, and throughout the 17th and 18th centuries, the Church of Scotland maintained a strict theology and kept a tight control over the morality of the population.

The Church had an overwhelming influence on the cultural development of Scotland in early modern times. Because Calvinism does not adhere to the Liturgical Year, for example, Christmas was not widely celebrated in Scotland until the mid-20th century.

The intellectual nature of Calvinism contributed greatly to the predominance of Scottish thinkers in the Enlightenment, but the Church's distrust of the sensual is seen as the reason why Scotland contributed little to classical music and art before the 19th century.

Since the mid-19th century, however, the Church of Scotland has developed into a generally tolerant and heterogenous church with an interest in ecumenism.

A number of other Christian denominations exist in Scotland, foremost amongst them Roman Catholicism. Catholicism survived the Reformation especially on islands like Uist and Barr and was strengthened in the 19th century by immigration from Ireland. It has now become the largest Christian denomination outside of the Church of Scotland, and is strongest in the West of Scotland (although roadside shrines can be seen in the South Isles of the Outer Hebrides, similar to those in Ireland).

Much of Scotland (particularly the West Central Belt around Glasgow) has experienced problems caused by the religious divide between Presbyterians and Roman Catholics. Some Scots maintain that sectarianism is still deeply rooted in Scottish society. This problem has historically manifested itself in a number of ways, particularly in discrimination in employment and in football fanaticism. The problems associated with sectarianism in Scotland have diminished markedly in recent years, although some issues remain. The Scottish police have recently moved to restrict the number of Orange Order parades.

Islam is the largest non-Christian religion in Scotland, although its numbers remain small. There are also significant Jewish and Sikh communities, especially in Glasgow. Scotland has a high proportion of persons who regard themselves as having "no religion." Indeed, this was the second most common response in the 2001 census.