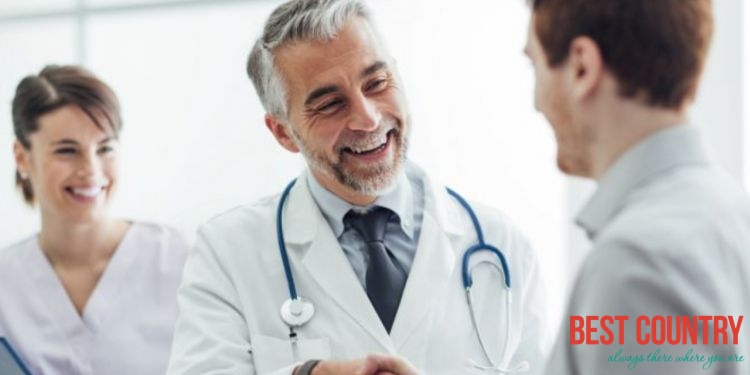 Healthcare in Scotland is mainly provided by Scotland's public health service, NHS Scotland, that provides healthcare to all permanent residents that is free at the point of need and paid for from general taxation.

Health is a matter that is devolved, and considerable differences are now developing between the public healthcare systems in the different countries of the United Kingdom.

Though the public system dominates healthcare provision, private health care and a wide variety of alternative and complementary treatments are available for those willing to pay.

The National Health Service (NHS) in Scotland was created in 1948 at the same time as the NHS was created for England and Wales.

It remains a separate body from the other public health systems in the UK although this is often not realised by patients when "cross-border" or emergency care is involved due to the level of co-operation and co-ordination.

Primary and secondary care are integrated in Scotland, unlike in England, where secondary services are commissioned by NHS primary care trusts.

In addition, there are also more than 12,000 doctors, family practitioners and allied health professionals, including dentists, opticians and community pharmacists, who operate as independent contractors providing a range of services within the NHS in return for fees and allowances.

These fees and allowances have been removed as of May 2010, prescriptions are entirely free, (dentists and opticians are chargeable if the household you stay in is making over a certain amount) (the amount is within the region of £30,000 per annum)

Healthcare policy and funding is the responsibility of the Scottish Government's Health Directorates.

The current Cabinet Secretary for Health and Wellbeing is Nicola Sturgeon and the Director-General (DG) Health and Chief Executive, NHS Scotland is Derek Feeley.