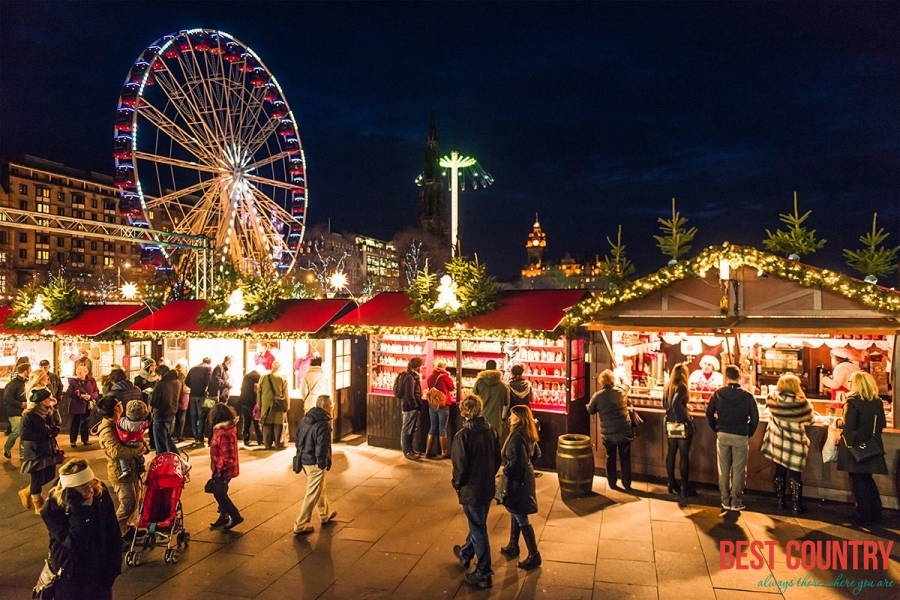 Oliver Cromwell, who ruled United Kingdom till 1658 AD, passed the ban on Christmas in 1647 which lasted for almost 15 years.Although the ban was lifted in England with the fall of Cromwell, Scotland continued with it.

The Presbyterian Church in Scotland discouraged Christmas holiday and celebrations and people who went against it suffered severe punishments; this trend continued for 400 years.

And though they acknowledged Christmas in the 20th century, Scots still did not accept it as a holiday and continued working on Christmas day.

However, since 1980's, the influence of church has reduced and the Scots do not only see 25th December as a holiday but also celebrate Christmas with all the hoopla of the Western countries.

There are many Scottish people who engage themselves in Christmas celebrations on New Year’s Day, known as Hogmanay.

For rest of the Scots, Christmas celebrations starts just before Halloween. The festival is known as Yule or Yuletide.

This season sees children busy writing letters to Santa Claus and parents busy purchasing gifts and decorating houses. Scots decorate their houses with holy wreaths, candles and tinsel and the Christmas tree is decorated with baubles.

Scots believe in lighting the fires in the fireplace to prevent the elves from entering houses and causing troubles. There are many who also hang sprigs of mistletoe on ceilings and in doorways to keep the evil spirits away.

In Burghead, people set a tar barrel on fire and carry it on their head before they smash it into pieces.In Comrie, parades displaying huge torches are organized and these torches are immersed into the river.

Plenty of superstitions rule Scottish as they believe that if the fire goes out on Christmas Eve, the house will suffer bad luck in the following year.

On Christmas Eve, children hang their stockings outside hoping that they would be filled with presents when they wake up in the morning. They also leave a glass of milk or Whiskey for Santa, along with mince pie and carrots for the rein deer who guide Santa’s sleigh through the dark sky.

Christmas Dinner is an occasion for social get-togethers where grannies, grandpas, uncles and aunts all sing songs, dance and play games.

On Christmas day, people wake up delighted and enthusiastic, seeing the presents Santa has left for them. This is followed by attending the church services and singing of carols during the hour long service.

A Pudding known as Clootie dumpling is a traditional Christmas dessert in Scotland; children eat it with custard sauce while adults prefer rum or whiskey with it.

Bannock cakes, made of oatmeal, are also traditionally eaten during Christmas. People also make bonfires and dance around them, playing their traditional bagpipes all the while.

In a country where Christmas was banned for 400 years, Scotland can still boast of a celebration that can give any country a run for its money.

Scots have managed to bring uniqueness in the way they celebrate the great day with tremendous simplicity.