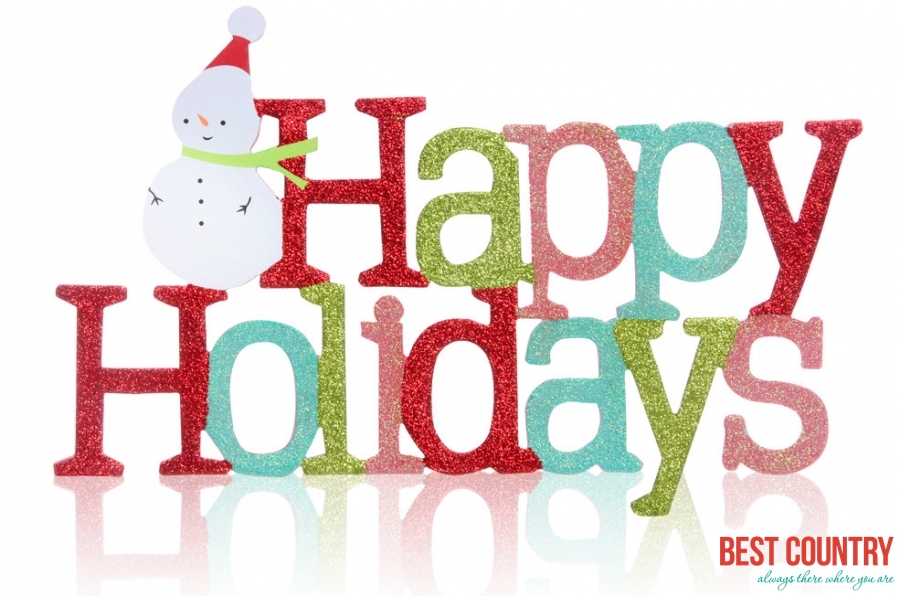 These days are to be observed as public holidays and it is by law that the National Flag of Malta is flown on public buildings on such days. There are 5 national holidays during the year: Independence Day, Republic Day, Freedom Day, Feast of Our Lady of Victories and Sette Giugno.

Public holidays, on the other hand, are more related to religious traditions, where several religious feasts are organized in different cities.

Banks and shops do not open on national and public holidays, although they might do so in popular tourist cities.

Museums and other tourist attractions might be closed too, so make sure to check the opening days before you go. Restaurants, bars and other entertainment facilities are not usually affected by holidays, so you can still enjoy your day off!

New Year’s Day in Malta is a public holiday and is usually celebrated as part of the festivities of the Christmas season. Most Maltese opt to spend this day with their family or closest friends, with a big lunch at their homes or in one of the restaurants available around the island.

The 10th of February is a precious day for the Maltese, since it commemorates the shipwreck of St. Paul in Malta in the year 60 AD.

This event, which is recorded in the Bible in the Acts of the Apostles, is particularly important for Malta since it brought Christianity to Malta, something that the locals treasure deeply.

Strangely enough, the feast of St. Joseph is a public holiday in Malta, even if the Saint does not have a direct connection with the country.

But the St. Joseph is a very important saint in the Catholic church, especially as a spouse of the Virgin Mary. It is obligatory for Maltese Catholics to go to mass on the day, and in Rabat, a procession with a statue of St. Joseph is held during the evening around the town.

Freedom Day represents the departure of the last British forces remaining and the Royal Navy from Malta in 1979, which meant that for the first time in a very long time, Malta was no longer a military base of any foreign power.

There is a Freedom Day monument in Vittoriosa, however, commemorative celebrations take place in the War Memorial in Floriana. Traditional regatta boat races are held in the Grand Harbour annually attracting large crowds of spectators.

Good Friday is a very important day in the Christian tradition, commemorating the Crucifixion of Jesus Christ. In Malta, there are many traditions related to this period of reflection, but on the day people mostly visit one of the 14 towns and villages that hold Good Friday pageants in the evening.

These pageants take the form of long processions with artistic statues portraying scenes from the passion of the Christ, and a good number of people dressed in epic costumes representing characters from the Bible.

Malta celebrates Workers’ day with many of the other countries, promoting solidarity amongst workers and employees and a healthier working environment.

For Malta, the 1st of May has an additional meaning, the anniversary of becoming full members of the European Union. Commemorations and celebrations are happening in different areas in Malta annually.

Sette Giugno commemorates the events that occurred on the 7th June after the Maltese rioted against the British whose troops fired into the crowds and killed four people. This day was seen as the first step towards the Independence of Malta, so the day is now commemorated as a National Holiday.

Although the feast of St. Peter & St. Paul seems to be a religious one; cultural and traditional celebrations are more significant than the religious events.

The events open on the eve of the holiday with folk singing event in Buskett Gardens, coupled with the serving of fried rabbit – a typical Maltese dish. On the day then, traditional horse races take place in Saqqajja in the limits of Rabat.

Feast of The Assumption of the Virgin Mary - 15th August

Also known as the Feast of St. Mary, this day is celebrated in various villages around Malta and Gozo. There is a great devotion to the St. Mary emerging from the remembrance of a convoy that arrived in the Grand Harbour just in time to save Malta from starvation at the end of the Second World War.

It is a tradition that many Maltese people go to Gozo at this time of the year – for a short holiday.

Feast of Our Lady of Victories - 8th September

8th September has an important meaning for the Maltese population, it is Victory day. In fact, the Great Siege of 1565, the riots against the French in 1800, and World War II ended on this day.

The highest Maltese authorities are involved in commemorations around the island while traditional regatta boat races are held annually in the Grand harbour. Religious festas are held in Senglea, Naxxar and Xaghra on this day.

After long eras of foreign occupation, Malta became independent from the British Empire on the 21st September, 1964.

This day is considered as one of the most important dates in the Maltese history, and thus, a number of activities are organized around Malta, commemorating various monuments and remembering the ancestors who worked so hard to reach the state of independence for Malta.

The feast of the Immaculate Conception is very dear to the Maltese people, and that’s why 8th December is a public holiday in Malta. The Catholic believers are encouraged to go to church today, while small feasts are celebrated in various towns and villages across Malta & Gozo.

Malta became a Republic state on the 13th of December, 1979. This meant that the Queen of England was no longer the Head of State and was replaced by a President of Maltese nationality. The occasion is marked annually by placing wreaths over the monument of Republic Day in Marsa.

Christmas in Malta is an awaited event, especially by little children - it is time for families to get together and celebrate the Birth of Christ.

Around Malta, there are traditional processions carrying a statue of Baby Jesus on Christmas Eve, while the culmination is reached with Midnight mass. During Christmas day, most people have lunch with their families and exchange gifts.