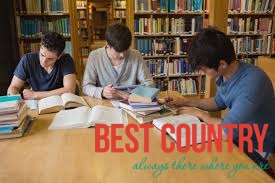 Education in Malta is compulsory through age sixteen and is offered through three different providers: the state, the church and the private sector. The state is responsible for promoting education and instruction and ensuring universal access to education for all Maltese citizens the existence of a system of schools and institutions accessible to all Maltese citizens.

The objectives of education in Malta include intellectual and moral development and the preparation of every citizen to contribute productively to the national economy.

Although Maltese citizens had access to education during the Arab occupation of 870 to 1090, the arrival of a number of religious orders in the following four centuries brought religious-based education to the island for wealthy families.

The arrival of the Knights Hospitaller saw the establishment of the University of Malta, around which a number of primary, secondary and post-secondary institutions were established.

Education in Malta has been universally available at the primary level since the ejection of the Knights Hospitaller by the French in 1798, when state-funded elementary schooling was established.

In 1878, English replaced Italian as the primary language of instruction, and education was made compulsory in 1946 in response to a number of children not attending school due to poverty between World Wars One and Two. The age at which education became compulsory was lowered to five years in 1988.

Pre-primary education is optional but fully funded by the state.

In their last two years of primary education, students are placed on tracks based on educational attainment, and at the age of eleven, students sit an eleven plus examination to determine a student's secondary schooling direction.

Approximately 30 per cent of Malta's primary and secondary school students are enrolled in private schools, most of which are operated by the Catholic Church. Malta's highest post-secondary institution is the University of Malta, which has operated since 1592.