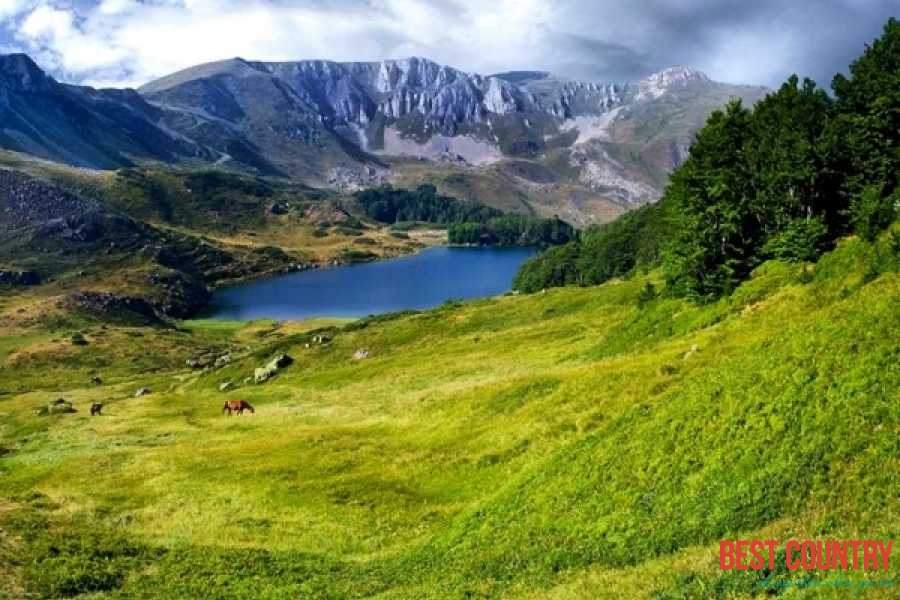 Republic of Macedonia is characteristic of three different climates:

The changed mediteranean climate is represented in the Gevgelija-Valandovo ravine, the Dojran and the Strumica-Radovis ravines. It can also go as north as Skopje following the flow of the Vardar river.

This climate is characterized with long and dry summers and mild and rainy winters. The spring and the fall are not very noticable.

The average temperature in the coldest month - January, is relatively high with about 3 degrees Celsius.

In the other areas of the changed mediteranean climate the average rainfall is 600-750 mm. Snowfall is very rare for these areas.

The mountaneous climate, as its name suggests, is found in the high mountaneous regions of the country. It is characterized with long and snowy winters and short and cold summers. The spring is colder than the fall.

The temperature in the mountaneous climate decreases with the increase of the elevation. That is why the lowest temperatures are found in the highest parts of the mountains.

The Sar Planina, for example, has negative average temperatures in four months of the year, and it is also similar with the other high mountains.

The coldest months are January and February, and the warmest July and August. However, even in the warm months there can be big weather changes and even snowfalls.

As for the precipitation, the regions from the mountaneous climate have the highest yearly precipitation in the country with as much rain and snowfall as 1,000 mm.

The precipitation decreases as you go east and in the Eastern part of the country it is 600-700 mm. The average period that the snow stays on the mountains is from November to April, but in the higher mountains the snow can stay until the end of May.

The mildly continental climate is the most characteristic for Republic of Macedonia, since it covers the biggest area of the country. It is characterized with relatively cold and humid winters and warm and dry summers. The spring is colder than the fall.

There are differences in the average temperatures in the regions of the mildly continental climate.

The yearly precipitation also differs, ranging from 490 mm., in the Ovcepole ravine, to 760 mm., in the Prespa ravine. Apart from rain and snow, there is also hail-fall in these regions.