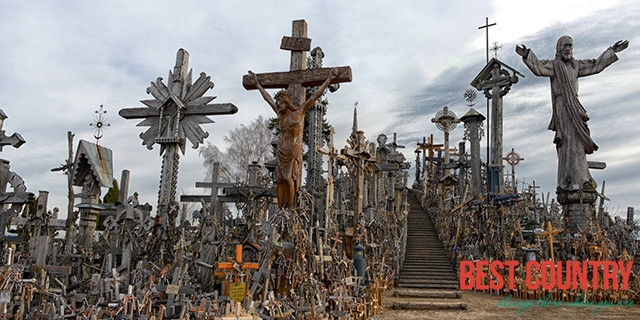 The main religion traditionally practised in Latvia is Christianity, with no single church predominating: most Latvian Christians follow Latvian Orthodoxy, Lutheranism or Roman Catholicism. In addition, a large proportion of the country claim to practise no religion.

Latvia was one of the last regions in Europe to be Christianised.

The inhabitants of the region that is now Latvia once practised Baltic religion, but this practice diminished as Latvia fell under influence from the Russian Orthodox Church after the 11th century, from the Roman Catholic Church after the Northern Crusades in the 12th century (and later Lithuanian and Polish domination), from Lutheranism from northern Germany and Scandinavia, and from official atheism under the Soviet Union.

The general European trend of secularisation has been felt in Latvia too, and a large percentage of Latvians claim to follow no religion.

The Evangelical Lutheran Church of Latvia has 450,000 members. The Latvian Orthodox Church is semi-autonomous and has 350,000 members.

As of February 2003, the Justice Ministry had registered 1098 congregations.

In 2003, the Government also registered the Christian Scientists as a recognized religious congregation.

In 2002, churches in Latvia provided the following estimates of church membership to the Justice Ministry.