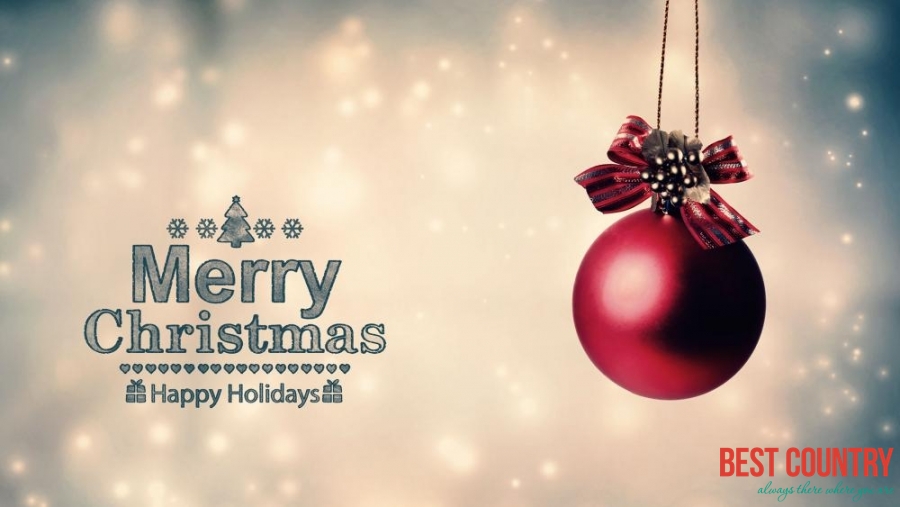 Festivities to celebrate the New Year begin in the evening of December 31 In recent years, both the President and Prime Minister address the people on national TV. While champagne toasts are common, many Latvian families partake in a variety of traditional rituals to ensure good luck and prosperity in the New Year.

Festivities to celebrate the New Year begin in the evening of December 31 In recent years, both the President and Prime Minister address the people on national TV. While champagne toasts are common, many Latvian families partake in a variety of traditional rituals to ensure good luck and prosperity in the New Year.

March-April (in accordance with the Western Church calendar)

In Latvia, the Easter holiday consists of three special days: Good Friday, Easter Sunday and Easter Monday. In addition to the practices of the Christian Church, many Latvians observe older pre-Christian traditions as well to welcome the rebirth of nature and the arrival of spring.

Convocation of the Constituent Assembly of the Republic of Latvia

While many in the world celebrate this as Labour Day, in Latvia May 1 has an additional meaning. On this date in 1920 the Constitutional Assembly, the first democratically elected Parliament of the Republic of Latvia, convened for its first session to draft and pass the state constitution.

Restoration of Independence of the Republic of Latvia

This vote launched a transitional period until full independence was restored in August 1991. This date is now observed as as Latvia’s “second independence day”.

The 2nd Sunday in May

Prior to the Second World War in Latvia, this day was devoted to a celebration of the family and its values. Since 1992 Latvia has joined others in the world recognising this as Mother’s Day. Since the mother is the central figure of traditional Latvian families, the essence of this holiday has not changed.

The celebration of the summer solstice is Latvia’s oldest and most beloved holiday. While some like to begin this holiday on June 21st, (the longest day of the year), the Latvian Līgo-Day takes place on June 23rd and continues with Jāņi on the following day – June 24th.

Most Latvians leave the cities to gather around ceremonial bonfires in the countryside to engage in a colourful array of ancient rituals.

To celebrate the arrival of the summer sun, they gather wild flowers, make oak leaf wreaths and decorate houses, animals and themselves. They also prepare special foods and brew barley beer, while singing and dancing traditional folk songs with the 'līgo' refrain.

Proclamation of the Republic of Latvia

The Republic of Latvia was proclaimed an independent state on this day in 1918 in the building that today houses the National Theatre in Rīga. Latvia’s first period of independence lasted until June 17, 1940, when Soviet forces occupied the country.

Celebrations continue on Christmas Day and the day after. For many Latvians this time of the year is also associated with pre-Christian traditions and rituals reflected in ancient folk songs and observed in a variety of colourful ways.

Commemoration Day of Defenders of the Barricades in 1991

After establishing a pro-independence government in Latvia in May 1990, the Soviet government in Moscow increased pressure to block Latvia’s peaceful mass movement toward freedom.

In January 1991 the Soviet Union mobilized its security forces in an attempt to remove Latvia’s elected leaders. In response, people from all over Latvia brought trucks, tractors, and heavy equipment to Rīga to build barricades around the government buildings and parliament.

The face-off culminated on January 20th when Soviet special forces initiated a gun battle and temporarily seized the Ministry of the Interior. Although several people were killed, the barricades held and pro-democracy forces prevailed to restore full independence in August 1991.

On this day in 1949 (see also June 14), the Soviet occupation regime deported over 43 000 people from Latvia to Siberia.

They were mainly prosperous peasants, intellectuals and others that Moscow viewed as hostile to communism and Soviet rule in Latvia. In the coming years the homes and farms of these deported Latvians were taken over by Soviet citizens brought in from other Soviet republics and collectivized.

The Second World War brought great destruction to Latvia and enormous suffering to the Latvian people. Both Nazi Germany and the Soviet Union violated international law by forcibly mobilising Latvian citizens into their armed forces.

About 200 000 Latvian soldiers were compelled to serve in the military forces of both occupying states, and approximately half of them (100 000) died while hoping to restore Latvia’s independence.

June 14 is referred to as ‘The Day of Terror’, for on this day in 1941 the Soviet occupation regime deported over 15 000 people from Latvia to Siberia.

Entire families, including women, children and the elderly, were seized without warning in their apartments and loaded onto trains bound for Siberia. Many died en route, or in the concentration camps located throughout the Gulag Archipelago.

Occupation of the Republic of Latvia

In accordance with a secret protocol of the German-Soviet Non-Aggression Pact (Molotov-Ribbentrop Pact) of August 23, 1939, Latvia was relegated to the Soviet Union’s sphere of influence by Nazi Germany.

Latvia was subsequently occupied by Soviet armed forces on June 17, 1940. Nazi Germany invaded and occupied Latvia in 1941 and remained until Soviet forces returned in 1945. This last Soviet occupation of Latvia lasted until 1991.

Heroes' Commemoration Day (Anniversary of the Battle of Cēsis)

This day marks the battle near the town of Cēsis in June 1919 when Latvians, together with Estonian forces, won a decisive victory against the Germans.

This victory is traditionally viewed as a major turning point in Latvia’s struggle to realize its independence and push the Germans out of the Baltic countries.

Commemoration Day of Genocide against the Jews

On July 4, 1941, just days after the arrival of Nazi German troops in Latvia, Rīga's main Jewish synagogue was set on fire, burning alive those who were trapped inside.

It is estimated that over 70,000 of Latvia’s Jews were killed by the Nazis. For Latvians this is a day of remembrance for all the Jews that were killed by Nazi Germany during the Holocaust.

This day of remembrance for Latvian freedom fighters is associated with the signing of a peace treaty between Latvia and Soviet Russia on August 11, 1920. The treaty ended the Latvian War of Liberation, which had begun in late 1918.

On this date in 1236, the Baltic peoples - the ancient Latvians and Lithuanians - defeated the German Crusaders known as the Order of the Sword. The order had been created to establish military and political control of the Baltic and convert the indigenous peoples to Christianity.

On this date in 1919, the Latvian Army won a decisive battle against Russian and German forces led by Pavel Bermont-Avalov. This victory successfully ended the Latvian War of Liberation (1918-1920) and enabled the people of Latvia to realize their dream of an independent state.

The last Sunday of November (usually)

All Souls' Day (an unofficial day of remembrance).

On this day and on the previous eve - "Candles Eve" - Latvians visit cemeteries to remember their deceased loved-ones, bringing flowers and lighting candles at the gravesites.

A widespread tradition on All Souls' Day is a visit to the Rīga Military Cemetery. Candles are lit to honour the soldiers who fell in the fight for Latvia's freedom.

The first Sunday of December

Commemoration Day of Victims of Genocide Against the Latvian People by the Totalitarian Communist Regime.

After World War II about 200 000 Latvians lived in Soviet Russia (later the USSR). Some were part of a peasant and intellectual emigration in the late 19th century, while others were refugees from the fighting in World War I.

The Latvian Parliament has declared the first Sunday of December as a day of remembrance for the Latvians killed by the Stalinist repressions in the USSR.

International (de iure) Recognition of the Republic of Latvia

Although Latvia declared its independence in 1918, it wasn’t until 1921 that the Entente countries, the victors in the First World War, recognised the independent Republic of Latvia.
Thus, on January 26th, the leading world powers granted Latvia full recognition as an equal subject of international law.

In Latvia, as elsewhere in the world, this day is a celebration of women. Female friends, family members and work colleagues usually receive flowers and other gifts.

One of Latvia’s greatest achievements since the restoration of the independence in 1991, was to become a member of the European Union in 2004. Since then Latvia has joined other EU countries in marking this day in honour of the unification of Europe.

International Day of The Family

Latvians observe this day by organizing special events for families and children. To encourage family outings, many museums and recreational facilities offer discounts and free admission, as well as special family-oriented events.

In Latvia, the 1st of June coincides with the beginning of the summer holiday for schoolchildren. As a result many special events are organized especially for children – concerts, exhibitions, competitions, sporting events. Safety related educational events are also organized for children of all ages.

The 2nd Saturday of July

Latvia has a 531 kilometre coastline and thus has always been a country with long seafaring traditions.

Among them are the colourful Fisherman and Sea Festivals in coastal towns. Smoked fish and other sea foods are plentiful, and are enhanced by fairs where local crafts and artwork are sold. The festivities usually conclude with entertainment and dancing late into the evening under the night sky.

In Latvia, September 1 is the first day of school in all educational institutions. In most schools it is a day of festivities, speeches and special events.

Parents often accompany younger schoolchildren who wear their best clothes and bring flowers to honour their teachers and school directors. By evening it’s easy to identify Latvia’s schoolteachers – they are loaded down with flowers.

The 1st Sunday of October

In addition to being honoured on September 1, teacher’s also have a special day in October. A variety of activities take place – schoolchildren take the role of teachers, the best teachers are honoured and special performances are given by children. Each school has its own traditions on this day, making for a colourful and varied event throughout Latvia.