In Italy, a province (provincia) is an administrative division of intermediate level between a municipality (comune) and a region (regione). 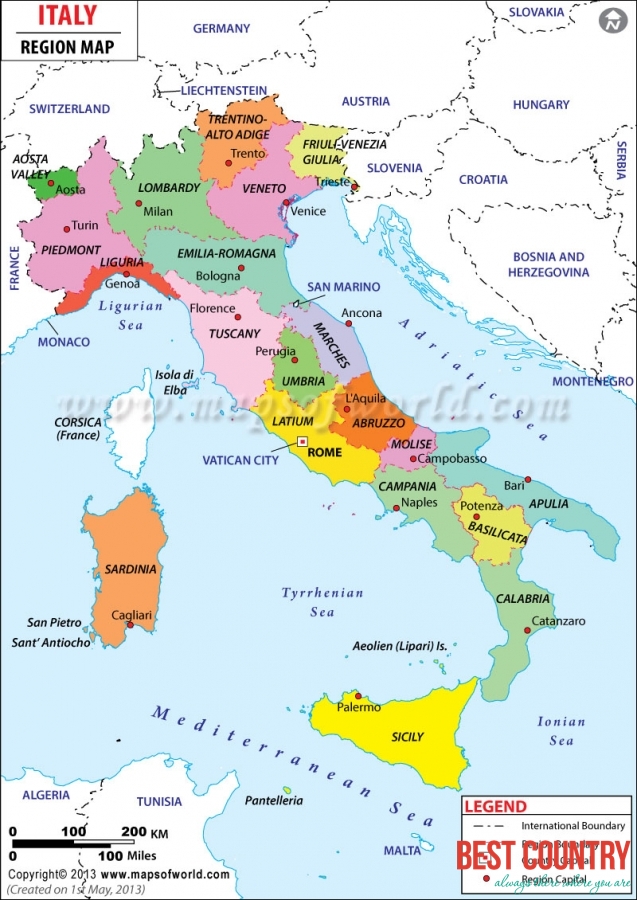 A province is composed of many municipalities (comune), and usually several provinces form a region. The region of Aosta Valley is the only exception being the province coincident with the region.

The three main functions devolved to provinces are:

President and members of Council are elected together by resident citizens: the coalition of the elected President (who needs an absolute majority in the first or second round of voting) gains the three fifths of the Council's seats. The Executive is chaired by the President who appoint others members, called assessori.

In each province there is also a Prefect (prefetto), a representative of central government who heads an agency called prefettura-ufficio territoriale del governo.

The Questor (questore) is the head of State's Police (Polizia di Stato) in the province and his office is called questura. There is also a province's police force depending from local government, called provincial police (polizia provinciale).

The South Tyrol and Trentino are autonomous provinces: unlike all other provinces they have the same legislative powers of regions and are not subordinated to the region they are part of, namely the region of Trentino-Alto Adige/Südtirol.