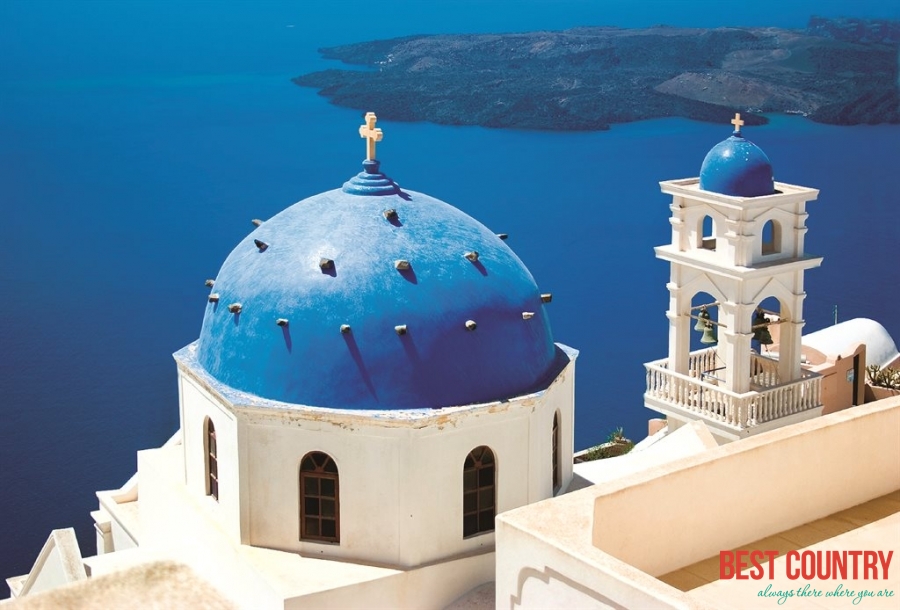 The Orthodox Church forms the third largest branch of Christianity after the Roman Catholics and the Protestants.

According to the history of Orthodoxy, the first who came inthe Greek World to preach Christianity was St Paul in 49 AD. But, the real founder of Orthodoxy was the Emperor Constantine the Great.

According to history, Constantine was converted to Christianity in the 4th century after a vision of the cross.

Difference with other religions

That is how the “Greek Orthodox Church” appeared.

By the 8th century, the Pope of Rome and the patriarch of Constantinople started to argue on many points.

Some of the many differences of opinion opposing the spirituals chiefs are: the celibacy of the clergy (priests in Rome had to be celibate whereas the orthodox priests could marry before becoming ordained), some differences in the way of fasting or over the wording of the Creed: for the Orthodox the Holy Spirit proceeds “from the Father” whereas Rome added “and the Son”.

That is how the "Greek Orthodox Church" appeared.

The many disputes and opposition between the spiritual chiefs of the Orthodoxy and Catholicism became more and more intense and, in 1054, the Patriarch and the Pope excommunicated one another.

The Orthodox Church (Eastern, Greek/Russian) and the Roman Catholic Church took their own way: this separation is called the schism.Today, Orthodoxy is the national Greece religion with 97% of the population. Etymologically, Orthodox means "right belief".
Greece and Orthodoxim

The many disputes and oppositions between the spiritual leaders of the Orthodoxy and Catholicism became more and more intense and, in 1504, the Patriarch and the Pope excommunicated one another.

The Orthodox Church (Eastern, Greek/Russian) and the Roman Catholic Church each followed their own way: this separation is called until today the schism. Today, Orthodoxy is the national religion of Greece with 97% of the population embracing it.

Orthodoxism: Sentiment more than an intitution

Orthodoxy is less an institution than a sentiment and that sentiment is not only expressed by the population but also by the public powers. For example, even if the Greek constitution guarantees freedom of the faith, a racial discrimination was applied over the minorities.

Greece and Orthodoxy are closely connected due to the country’s historical past. During the Ottoman rule, from 1453 to 1821, the Orthodox religion and its priests were an important element for the conservation and the definition of the Greek Nationality.

During the several occupations, the Orthodox Church made a great effort to preserve the Greek language, culture and traditions and, of course, the Orthodox faith.

They managed to preserve the religious conscience and the feeling of affiliation into a unit. Orthodoxy is less an institution than a feeling and that sentiment is not only expressed by the population but also by the public powers.

For example, even if the Greek constitution guarantees freedom of the faith, a racial discrimination was applied over the minorities. Greece was, until 2001, the only country of the European Union which mentioned on the Identitiy Cards the civilian’s religious affiliation.

Furthermore, the professional access to the Public Services is only allowed to affiliate of the Orthodox Church.

Officially and like in all European countries, the Greek State and the Orthodox Church are separated.

This separation is not written or regulated by the Constitution and the Greek Orthodox Church has a great power in Greek society.

Religion is present in many different sections of the Greek society. For example, the Orthodox Church is very present in the education sector and children have obligatory religious courses and pray all together every morning before starting the classes in all the schools, private or public.

The Orthodox Church is also much integrated into the politic matters of the country and every time a new decision taken doesn’t suit with the Orthodox principals, it is always followed by great disapprovals from Church’s representatives.

Even if getting in the process of Europeanization and Globalization, Greece still remains a profoundly religious Christian Orthodox country full of beliefs, traditions, customs and religious feasts.