Finland might not quite have gained worldwide acclaim for its culinary delights just yet but over the last decade a quiet food revolution has been taking place in this north eastern corner of Europe.A new generation of chefs has been stirring things up, opening restaurants and making excellent use of local produce. 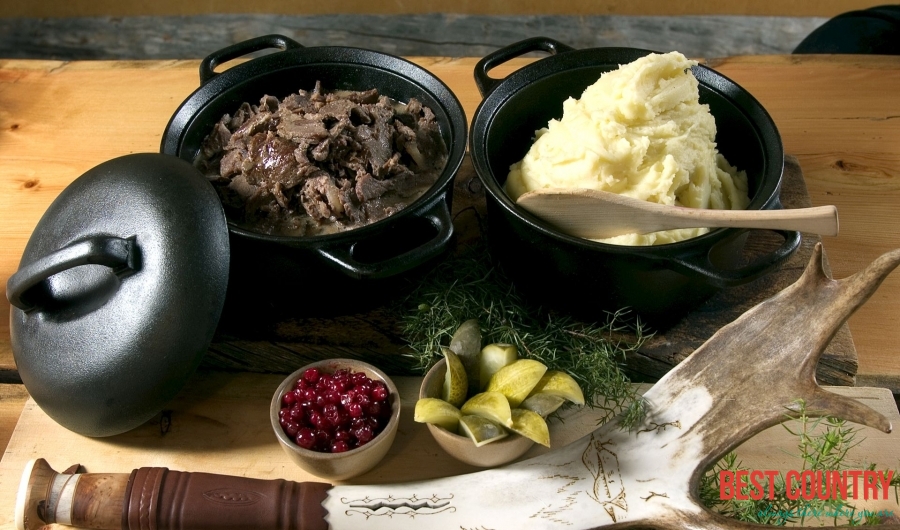 Ingredients such as Arctic cloud- and lingonberries - the latter similar to the cranberry, but smaller and more sour - to accompany elk, reindeer, even bear or beaver, make for exciting new combinations and the Finns rarely shy away from innovation.

Finnish cooking has traditionally been on the rustic and robust side, full of hearty, warming stews and soups. Although the Finns have held on to their own heritage, many centuries of Swedish rule and some 100 years under Tsarist Russia have left their mark on national identity as well as the country’s culinary traditions.

Game, mushrooms, wild berries and fish are naturally available in abundance at different times of year and there is still a great emphasis on seasonal ingredients in a climate that, despite recent milder winters, can at times be harsh and unforgiving.

With such abundant forests, fields and lakes, as well as a long coastline, the Finns have a veritable larder at their doorstep and many of today’s chefs and restauranteurs have been quick to cotton on to this, using what’s readily available to create new dishes.

Helsinki is at the heart of new Finnish cuisine and in 2000 leading chefs came up with the initiative “Helsinki Menu” in order to promote good Finnish cooking. They are placing great emphasis, not just on fresh local produce, but also on good contact with small-scale local producers.

Restaurants such as Helsinki’s Lasipalatsi (The Glass Palace) and Havis are at the forefront of the positive changes taking place on the Finnish food scene. Many of the new generation of chefs emerging have travelled widely or even received their education abroad and are using their experiences to mix and fuse traditional Finnish ingredients with international flavors to great affect.

All kinds of fish are very popular across Finland, with smoked fish being a speciality, but it also comes grilled, steamed, oven-baked or pickled. Fish is often seasonal, with perch and salmon in spring and summer, crayfish during July and August—often the cause for large crayfish parties. Baltic herring and various roes in autumn and turbot in winter. Finnish salmon is a treat, but this is also the place to try more unfamiliar fish, such as the tiny vendace or the Arctic char.

Finland, just like a lot of northern Europe, is a carnivore’s paradise. There are excellent game birds, and game reindeer being the jewel in the crown. A lean and healthy meat, reminiscent of venison, it features on menus and in homes across the country.

Roasted reindeer in sea buckthorn butter and dark game sauce is just one of many innovative recipes to feature on Helsinki menus. Other game includes a variety of birds from wild duck to snow grouse and wood pigeon. Meat tartar is also extremely popular in Helsinki’s restaurants and you can find at least one raw dish on the menu in most places, perhaps not for the faint-hearted, but usually of a very high quality. 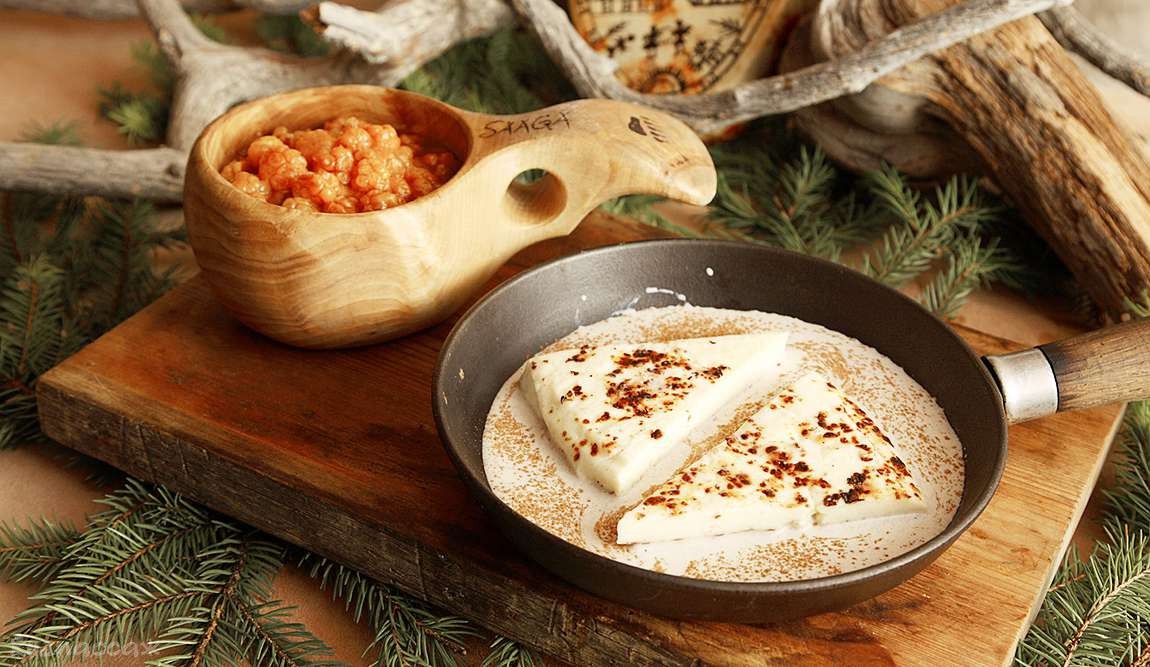 New potatoes with dill was for a long time standard accompaniment to many a Nordic dish. In fact potatoes are still so ubiquitous they show up at every turn; boiled, fried, baked or mashed. Different types of turnip are also particularly well-loved and formed a key part of the staple diet long before the introduction of potatoes to Finnish soil.

Root vegetables are ever popular on their own, in stews, soups or casseroles. Finland even has a “Vegetable of the Year” announced annually. Spices are, if not unheard of, used sparingly and you’re much more likely to find fresh herbs, mostly dill and parsley in Finnish dishes.

Although different grains are used for making bread, sour rye bread is the national bread above all others. The strong-tasting, dark bread goes wonderfully well with the smoked reindeer or elk salamis and local cheeses, such as the bread cheese—a flat, round cheese baked in front of an open fire. Rye crisp bread is also a speciality and dark malt bread is traditionally made along the west coast.

Wild berries accompany many main courses, as well as being used in desserts. The Arctic cranberry, known as lingonberry, is very sour if eaten raw, but makes for excellent jam or compote, even wine and liqueur.

Then there is the bright orange or yellow cloudberry, similar to the Canadian salmonberry, that grows in swampy terrain. Its tart earthy flavors go very well with game. Bilberries, rowan berries and the interesting sea buckthorn berries also feature on many menus.

Finns like their alcohol and vodka has always been a favourite tipple with names such as Finlandia and Koskenkorva reaching worldwide renown. Less well-known are the fruit wines made from strawberries, raspberries, red-, white- and blackcurrants to name a few.

Or try a cloudberry kir royale, with champagne, a drop of Lakka cloudberry liqueur and some fresh cloudberries. During the cold, dark months of winter many Finns warm up with a delicious glöggi, rather like mulled wine, with spices and sometimes topped up with brandy or rum, which makes for a lethal, if tasty, brew. For the really adventurous there’s salmiac (i.e. liquorice) vodka—an acquired taste.

Although Finnish food was traditionally based on an “eat-to-live” culture, designed to keep people strong and hard-working, Finnish cooking has come a long way.

Gone are the days when the French and Italians could joke about the dire fare served up north. Helsinki is an excellent place to sample modern Finnish cuisine with a strong emphasis on fresh local produce and seasonal cooking.You won’t be disappointed.