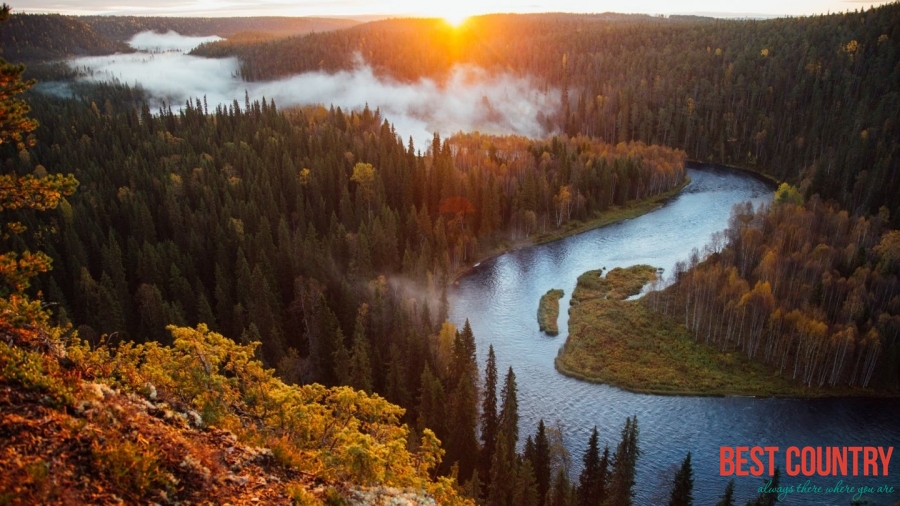 The Finnish climate is suitable for grain farming in the southernmost regions but not further north.

Finland has a humid and cool semi continental climate, characterized by warm summers and freezing winters. The climate type in southern Finland is north temperate climate. Winters of southern Finland (average day time temperature is below 0 °C/32 °F) are usually 4 months long, and the snow typically covers the land from middle of December to early April. In the southern coast, it can melt many times during early winter, and then come again. The coldest winter days of southern Finland are usually under −20 °C (−4 °F), and the warmest days of July and August can be as high as 30 °C (86 °F).

Climatic summers of the southern Finland last 4 months (from mid May to mid September). In northern Finland, particularly in Lapland, a subarctic climate dominates, characterized by cold – occasionally severe – winters and relatively warm, short summers. Winters in north Finland are nearly 7 months long, and snow covers the lands almost 6 months, from October to early May. Summers in the north are quite short, only 2–3 months.

The main factor influencing Finland's climate is the country's geographical position between the 60th and 70th northern parallels in the Eurasian continent's coastal zone, which shows characteristics of both a maritime and a continental climate, depending on the direction of air flow. Finland is near enough to the Atlantic Ocean to be continuously warmed by the Gulf Stream, which explains the unusually warm climate considering the absolute latitude.

A quarter of Finland's territory lies within the Arctic Circle and the midnight sun can be experienced – for more days, the farther north one travels. At Finland's northernmost point, the sun does not set for 73 consecutive days during summer, and does not rise at all for 51 days during winter.