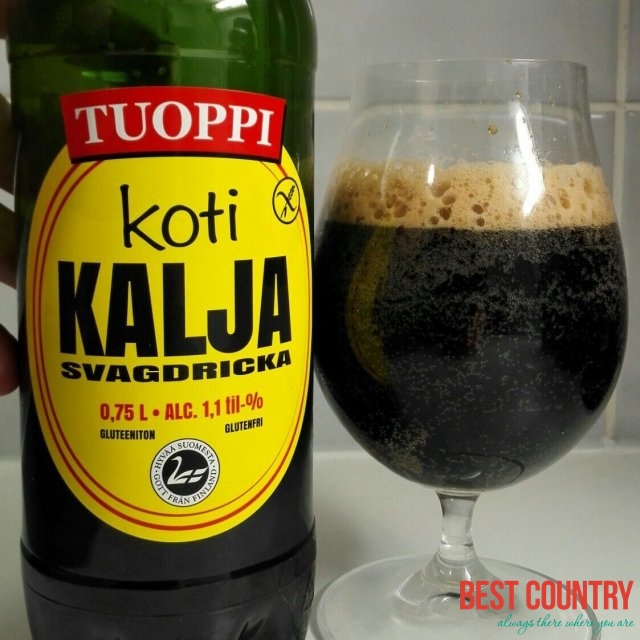 Finland has a long history of beer dating back to the Middle Ages. The oldest still-existing commercial brewery in Finland and Nordic countries is Sinebrychoff, founded in 1819.

"Suomalaisen oluen päivä", or the Finnish Beer Day is celebrated on the 13th of October to commemorate the founding of Oy Sinebrychoff Ab and the birth of Finnish beer. The largest Finnish brewers are Hartwall, Olvi and Sinebrychoff.

Most of the beers brewed in Finland are pale lagers. Finland's standing is 9th in per capita consumption of beer. Finnish people consume a total of 440 ML of beer annually and the trend is increasing by 11.7 633 mL bottles year-on-year per capita.

Sahti is a traditional beer from Finland made from a variety of grains, malted and unmalted, including barley, rye, wheat, and oats; sometimes bread made from these grains is fermented instead of malt itself.

Traditionally the beer is flavored with juniper berries in addition to, or instead of, hops; the mash is filtered through juniper twigs through a trough shaped tun called a kuurna in Finnish.

Sahti has a distinct banana flavor due to the production of isoamyl acetate by the yeast. Sahti is a top-fermented brew (ale), and while baking yeast has been used traditionally, ale yeast may also be used in fermenting.

The end product is a cloudy, mildly alcoholic beer with yeasty and phenolic flavors and distinct taste similar to banana.

Sahti is traditionally homebrewed but in recent years commercial versions have become available. Commercial Sahti usually has around 8 percent ABV. Due to its higher percentage of alcohol Sahti

is only sold in pubs or state-owned Alko stores. Sahti has to be stored cold until consumption and is therefore not available in all Alko branches.

The etymology of the word sahti is not certain, however, experts believe that a likely root could be the Germanic word saf, which later on evolved to the Scandinavian word saft, meaning juice.