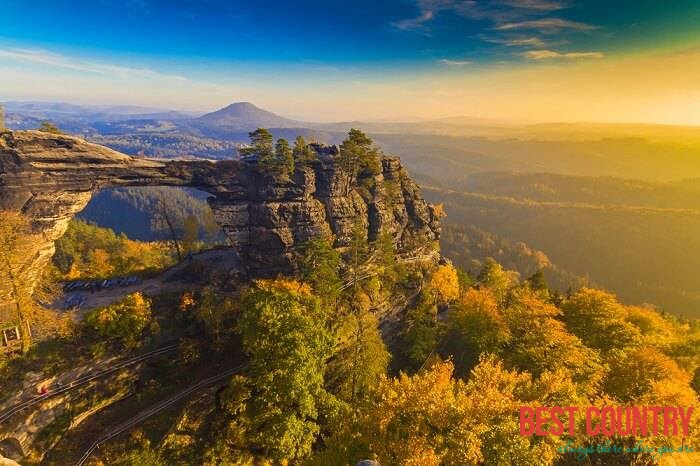 The Czech climate is mixed. Continental influences are marked by large fluctuations in both temperature and precipitation, while moderating oceanic influences diminish from west to east.

In general, temperatures decrease with increasing altitude but are relatively uniform across the country at lower elevations.

High temperatures can reach 91º F (33º C) in Prague during July, and low temperatures may drop to 1º F (-17º C) in Cheb during February. The growing season is about 200 days in the south but less than half that in the mountains.

Annual precipitation ranges from 18 inches (450 millimetres) in the central Bohemian basins to more than 60 inches on windward slopes of the Krkonose Mountains of the north.

Maximum precipitation falls during July, while the minimum occurs in February. There are no recognizable climatic zones but rather a succession of small and varied districts; climate thus follows the topography in contributing to the diversity of the natural environment.

October, usually a little chilly and wet, is an excellent time to go if you're primarily interested in museums, inside activities or just driving around.

Winters are very cold, damp, snowy, often foggy and (because of the country's reliance on coal for heat) polluted.