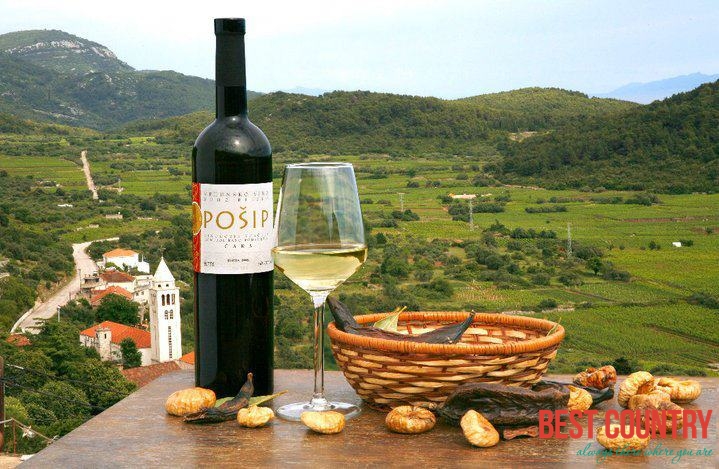 Wine in Croatia has a long, long history. It was the Greek settlers who first introduced vineyards to the Croatian coast in the 5th century BC and wine production has flourished ever since. During the Homeland War, many wineries and vineyards were destroyed but the winemaking industry has rushed back.

Croatia now produces up to 700 wines, some of excellent quality. Purists may scoff, but Croatian have the habit of diluting their wine. In the south, they call it bevanda and in the north, they call it gemist.

As in France, wines are strictly labeled according to their origin. There are some 300 official wine regions divided generally into coastal and interior wines. The majority (67%) of wine is white and produced in the interior while 32% is red and produced along the coast. Rose is relatively rare.

Although there are hundreds of grape varieties in Croatia, experts agree that the red Plavac Mali grape produces the best red wine.

Plavac Mali is genetically identical to Zinfandel grapes which clearly come from Croatia, not Italy as has long been thought.

In northern Croatia, look for Zlahtina from Vrbnik on Krk Island; Cabernet from Porec; Sauvignon, Merlot and Terrano from Buzet.

In Dalmatia look for Dingac and Postup from the Peljesac Peninsula, Babic from Primosten, Vugava from Vis, Plavac from Bol, Malmsy from Dubrovnik, Posip and Grg from Korcula.