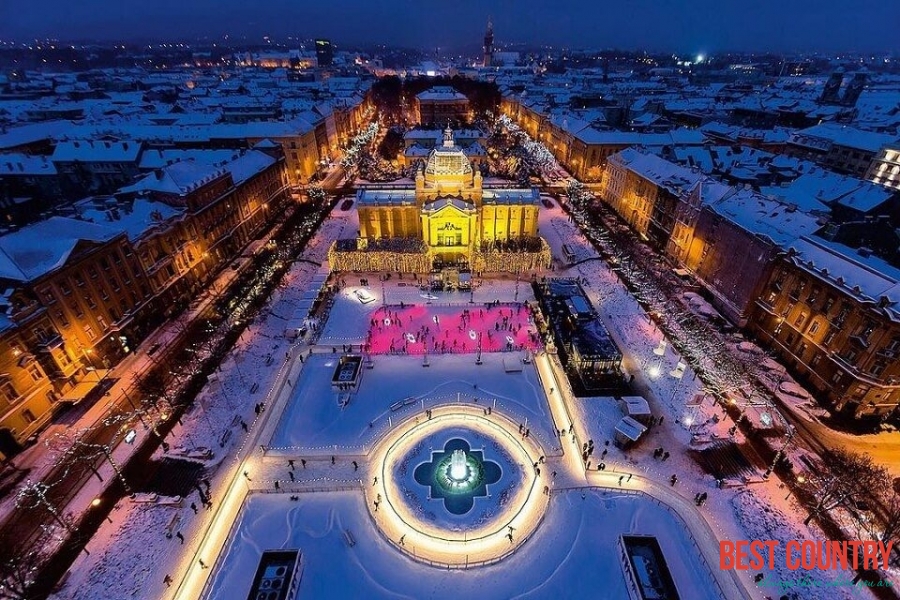 Croatia's Catholic heritage can be seen in its celebration of Christmas, which falls on December 25 in Croatia. If you're in Croatia's capital city, do pay a visit to the Zagreb Christmas market, which appears, along with festive decorations, on the main square.

Christmas Eve, called Badnjak in Croatia, is celebrated in a similar manner to other countries of Eastern Europe. Straw may be placed underneath the Christmas Eve tablecloth. Fish, as a substitute for meat, is served, though a meat dish is usually served as the entree on Christmas Day. A yule log may be burnt and church may be attended.

On Christmas Eve, the Christmas wheat, which has been sprouting since St. Lucy's Day on the 13th of December, is tied with ribbon in the colors of the Croatian flag – red, white, and blue. Sometimes a candle in combination with other symbolic items is placed within the wheat.

Christmas Day is spent with family or at church.

Santa Claus and Gift-Giving in Croatia

If you're shopping for Christmas gifts in Croatia, consider local products like olive oil or wine. Other gifts from Croatia include jewelry, embroidery, and the licitar hearts that are sold by vendors offering traditional goods.