The people who were originally from New Zealand are called Maori. They came from Polynesia and brought many different crops with them such as kumara, also called sweet potato as well as rats and dogs, who were often used as food. When the Europeans arrived in New Zealand in the late 18th century, they brought the foods of their native homelands with them. 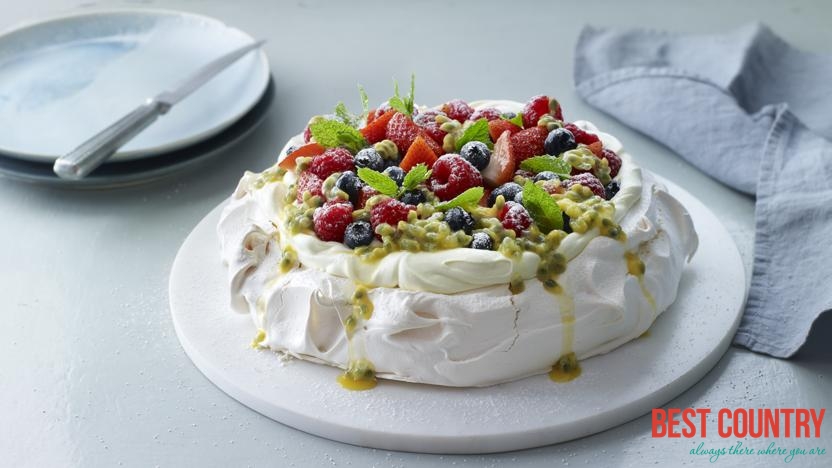 Some of these foods, especially the potatoes and pork, were embraced by the Maori. Other foods from Europe like mutton, sugar, pumpkin and wheat, as well as many other kinds of fruit also grew to be favorites of the natives.

Today, the people of New Zealand come from lots of different countries and many of them have tried to keep their native foods alive in their new home. Other groups such as the Chinese, actually are able to import many ingredients, but dishes are often changed to use the ingredients found locally.

The food in New Zealand has a lot of influences from Britain, as well as the native dishes from the Maori. They enjoy lots of seafood, mutton and lamb chops. Other meats that are commonly found in New Zealand are muttonbird, cervena, venison and beef. One specialty of the Maori is the hangi, which is vegetables and meat that are steamed in an oven.

Pavlova - This cake is made of whipped egg whites that are baked to make a meringue type on the outside and a soft middle. It is topped with whipped cream and sliced fruit.

Lolly cake - This is a common New Zealand favorite with lollies. Lollies are fruit puffs that resemble slightly chewy and firm marshmallows. 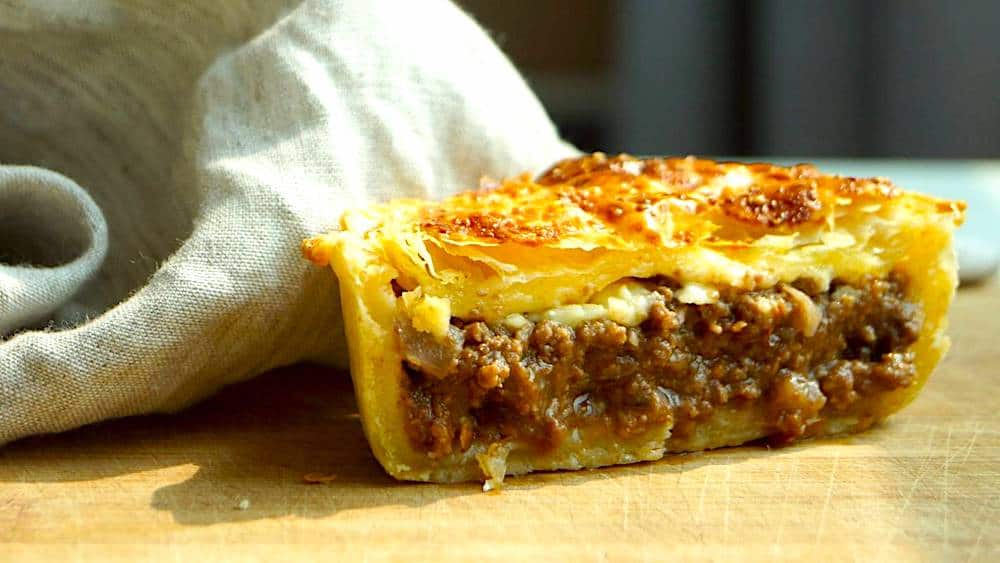 New Zealand meat pie - This is a meat pie. It has minced meat with gravy, mushrooms, cheese and onions.

Afghan biscuit - This is a traditional biscuit that is made out of butter, flour, cocoa powder and cornflakes. It is covered with chocolate icing and walnuts.

Lamington - This is a kind of sponge cake that is covered in a layer of chocolate icing and coconut. It is sometimes served as halves with cream or raspberry jam.

Anzac biscuits - These are hard plain biscuits that are mostly made from oatmeal and held together with golden syrup.

Kumara - These are also called sweet potatoes. They are often scalloped, roasted, fried and boiled. When served with pork or lamb and baked in their skin, they are especially flavorful.

Fish and chips - This is a common dish in New Zealand that is made of fish and served with chipped potatoes that are deep fried.

Colonial goose - This is roasted lamb or mutton. A lamb leg has the bone removed and filled with dried apricots, breadcrumbs, honey, parsley and onion. The leg is soa