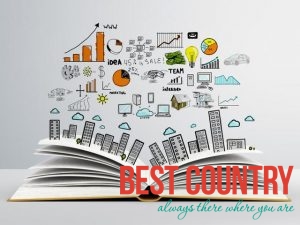 So what makes New Zealand so unique? What makes it different than all of the other developed countries that provide education to their children? It is based on several things; first, because New Zealand natives believe in giving everyone the education that they deserve. There are many private schools, but because the country is so great at giving their public schools the monies they need, many parents are just as happy using the public system.

The other reason is because the educational system focuses on both practical and academic achievement. Instead of sticking to a regimen that no one really understands and doesn’t really tell us anything, the New Zealand public education system focuses on being open-minded and letting children explore, thus allowing them to learn in the best way that they can. This gets them ready for college or the workplace upon finishing their secondary education.

Almost all primary and secondary schools have a set schedule, usually from 9 AM to 3:30 PM. They go to school throughout the year, with four different terms spread out evenly. The terms are as follows:

There is a two-week break between terms one and two, two and three, and three and four. Between term four and the following term 1, there is a 6 week summer break, lasting part of December and all of January.

There are three types of primary and secondary schools that you will see.

State-funded, or public, schools. These schools are free, with minor costs for books, school supplies, and uniforms (if they are used; most New Zealand schools have them). The school that a child attends is based on where they live; the divisions can be found here.

State-integrated religious schools. There are a number of schools that are religious in nature (Catholic) which have been integrated into the public school structure. These are, of course, options for those who wish for their children to have a religious education. These schools are free, with minor costs for books, school supplies, and uniforms.

Private schools cost anywhere from $4,000 to $28,000 a year. These may be religious, but they can also be more academically intense or provide options according to what a parent may want.

There are differences between primary and secondary school, but students must attend school from the age of 6 until they are 16. Here are some of the differences you will see.

Secondary school. Referred to as “high school” or “college,” secondary school has one teacher per 17 to 23 students; sometimes it is as low as 10 if it is a private or state-integrated school. Each secondary school uses a practical curriculum to help students get prepared for either the work world or higher education, and the curriculum is regulated by the Government’s Education Review Office.

Some secondary schools will allow their senior students to take the Cambridge International Exam or the International Baccalaureate, which grant them credits and recognition in higher education programs worldwide.

Higher education is incredibly important, and we will explore it more in our sections that focus on the higher education systems. There are eight universities throughout the country, along with 18 technology institutions and over 600 training schools which help with specialized skills. Five of the universities in New Zealand are considered to be in the top 50 of the world’s universities according to the QS World Top 500 rankings.

New Zealand is known for its business, technology, engineering, medicine, and biological sciences, and the schools are world class. The higher education program is subsidized by the New Zealand government for permanent residents.

Like you would expect from the Kiwis, New Zealand’s higher education system is also quite laid-back. Even though you have to meet vigorous requirements and have to do particular tasks in order to stay on a student visa, it is nowhere near as intense as going into an Ivy League school in New England or the Group of Eight in Australia. You will get a great education without the cost of your mental health in the process, which is a great advantage no matter who you are.

As you can see, the educational system, from primary school all the way to college, is a big focus for Kiwis. This is why many people decide to allow their children to do exchange programs and why college students will spend their entire academic career in New England.

The focus on education plays a very large role in the overall attitudes about education. It is considered to be important, and that attitude rubs off in every aspect of Kiwi life. You can achieve your goals, no matter what education you happen to pursue.