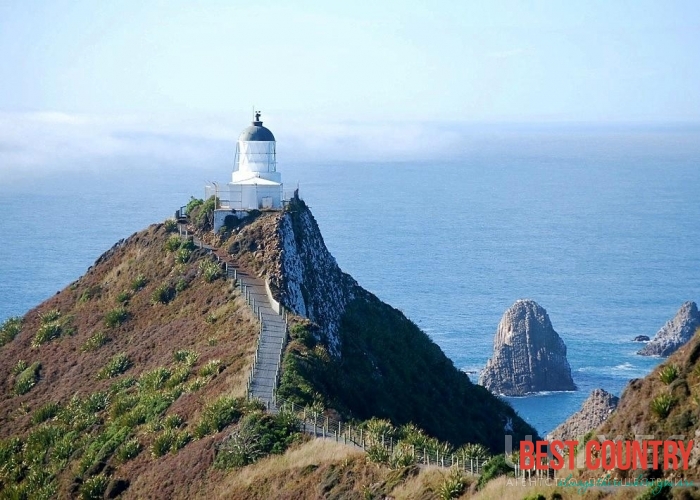 Religion in New Zealand was originally dominated by Māori religion prior to European colonization. Missionaries such as Samuel Marsden then converted most Māori to Christianity, which remains the dominant religion in New Zealand to this day. However, many other religions have become established as well due to immigration and dispersal of culture.

Notably, the country has become much more secular in recent times, with roughly 40% of New Zealanders—whether atheist, agnostic or simply apatheist— claiming no religion at all. Currently just over half of New Zealanders identify with a religion, based on the results of the 2006 New Zealand Census of Population and Dwellings.

After the arrival of large numbers of European immigrants (most of whom were British) M&#257;ori enthusiastically adopted Christianity in the early 19th century, and to this day, Christian prayer (karakia) is the expected way to begin and end M&#257;ori public gatherings of many kinds.

Christianity became the major religion of the country, with the Anglican, Catholic and Presbyterian churches all establishing themselves strongly. The arrival of other groups of immigrants did little to change this, as Pacific Islanders and other primarily Christian ethnic groups dominated immigration until the 1970s.

In the following decades, Christianity declined somewhat in percentage terms, mostly due to people declaring themselves as having no religion as well as by the growth of non-Christian religions. The five largest Christian denominations in 2001 remained the largest in 2006.

2005/2006 data from census and Association of Religion Data Archives(ARDA) shows that 7%-9% of the New Zealand population is religiously non-Christian.

The Census does not break down percentages of these smaller affiliations however it does report that often about 80% of the largest groups are immigrants, and almost half arriving since 2000 except the native Maori (a comparative few of which still practice their traditional religion) and the Bah&#225;'&#237; Faith (which is only 20% of all minorities.)

ARDA reports the percentages of non-Christian religions as follows:

Hindu - 2.03%. About 65,000 in 2006.[6] The 1st New Zealand Hindu Youth Conference was organized on 2 May 2009. More than 130 delegates participated in the conference. Several parliamentarians including Pansy Wong, Minister for Ethnic Affairs and the Minister of Women’s Affairs addressed the delegates.

Ethnoreligionist - 0.9%. Traditional M&#257;ori religion, that is, the pre-European belief system of the M&#257;ori, was little modified in its essentials from that of their tropical Eastern Polynesian homeland, conceiving of everything, including natural elements and all living things as connected by common descent through whakapapa or genealogy. Accordingly, all things were thought of as possessing a life force or "mauri".

Large-scale Muslim immigration began in the 1970s with the arrival of Fiji Indians, followed in the 1990s by refugees from various war-torn countries. In April 1979 the three regional Muslim organisations of Canterbury, Wellington and Auckland, to create the only national Islamic body – the Federation of Islamic Associations of New Zealand.

Early in the 1990s many migrants were admitted under New Zealand's refugee quota, from war zones in Somalia, Bosnia, Afghanistan, Kosovo and Iraq.[citation needed] Since the September 11 attacks there was a spike in conversions to Islam among Maori prisoners in jail.

Jewish - 0.1%. The history of the Jews here begins in the 1830s including noted early settler Joel Samuel Polack and continued to grow from immigration.

Among the prominent New Zealand Jews include nineteenth century Premier Julius Vogel and at least five Auckland mayors, including Dove-Myer Robinson. The current Prime Minister, John Key of the National Party is of part Ashkenazi Jewish descent, although he does not practice Judaism.

Currently, the Jewish population is estimated at around 7,000 out of the total New Zealand population of 4.2 million. The majority of New Zealand Jews reside in Auckland and Wellington, though there is also a significant Jewish community in Dunedin which is believed to have the world's southernmost permanent synagogue.