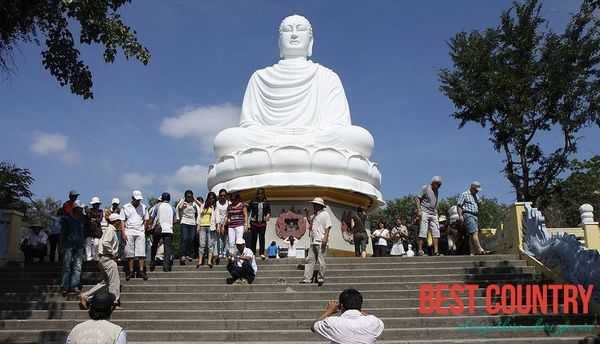 With its many cultures, Vietnam has a variety of religions. Originally, Vietnam's three main religions were Taoism, Mahayana Buddhism and Confucianism, Buddhism being introduced first. Although Buddhism and Taoism were popular with the people, Confucianism became the recognized religion.

In modern Vietnam, Mahayana Buddhism has the largest following, although many are red to be marginal followers.

There has been an increase in the number of monks and nuns that join the monasteries, especially since 1989, when religious restrictions were lifted.

There was a time when the monks protested against the dominance of Catholicism in Vietnam and they even burned themselves.

When Christianity was brought into Vietnam, and after it's incredible success, Buddhism was restructured.

Now Christianity (Catholicism) has it's second largest following for Southeast Asia in Vietnam, second probably to only the Philippines.

There was a time of religious persecution, due to the overwhelming success and conversion rate of Christianity.