Hanoi is the capital of Vietnam

The oldest and one of the most attractive capital cities in Southeast Asia, Hanoi exudes a rare sense of gracious charm and timelessness. At its core exists a 600-year-old ancient quarter, augmented by a century-old colonial city. Today, the rich cultural heritage of both blends in perfect harmony with growing modernization, as Hanoi claims its position as the heart of Vietnam.

Hanoi, the “City within the River’s Bend,” was founded by Emperor Ly Thai To in AD 1010, near Co Loa, the ancient capital of the first Viet state dating back to the 3rd century BC. 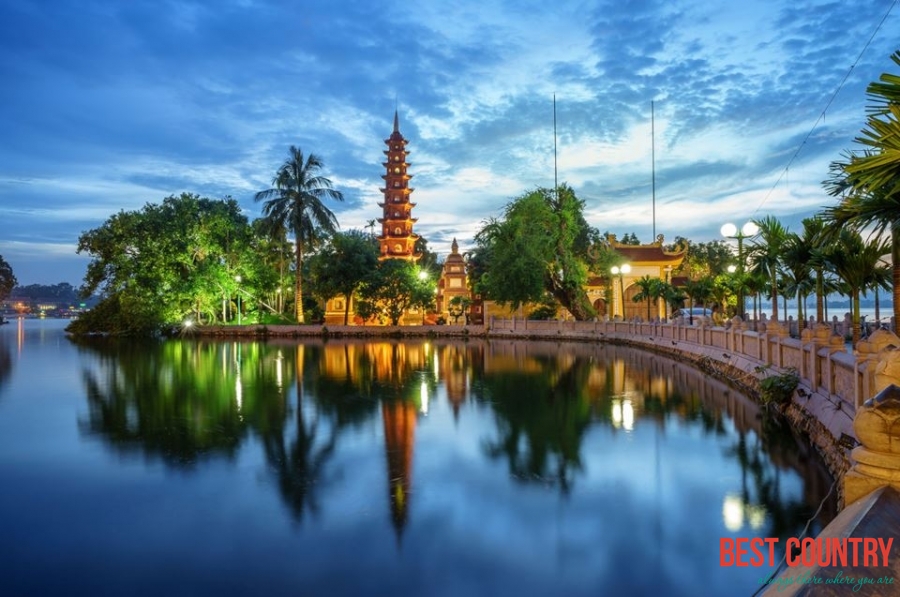 Ly Thai To structured this city, then known as Thang Long, around the massive citadel. To the east of this, a settlement of guilds was established to serve the needs of the royal court. By the 16th century, this area had developed into Hanoi’s celebrated Old Quarter.

The arrival of the French in the 19th century marked a period of reconstruction, as they tore down parts of the citadel and some ancient temples to make way for the new European quarter.

However, this cultural vandalism was compensated for, to a large extent, by the magnificent colonial architecture they bequeathed the city. During the first Indochina War, the city’s central districts escaped largely unharmed, and subsequently, in 1954, Hanoi was proclaimed the capital of independent Vietnam.

Sadly, this was not the end of its violent history as it was then plunged into the conflict-ridden years against the US. Hanoi entered the 21st century a little run down yet structurally sound despite the years of warfare. The Opera House is still grand, as is the Sofitel Metropole Hotel.

Today, Hanoi is emerging as an elegant, cultured, and affluent city, where museums and galleries coexist with chic shops and fashionable restaurants.

One can wander, in a few minutes, from the narrow streets of the Old Quarter to the imposing mansions and buildings lining the leafy boulevards of the former French Quarter.

Hanoi’s past has also ensured a superb culinary legacy, where French and Chinese cuisines blend marvelously with the Viet traditions. The same is true of Hanoi’s lively arts scene, which is among the most sophisticated in Southeast Asia.

Hanoi means "the hinterland between the rivers" (Ha: river, Noi: interior). Hanoi's territory is washed by the Red River (the portion of the Red River embracing Hanoi is approximately 40km long) and its tributaries, but there are some other rivers flowing through the capital, including Duong, Cau, Ca Lo, Day, Nhue, Tich, To Lich and Kim Nguu.

Throughout the thousand years of its eventful history, marked by destruction, wars and natural calamities, Hanoi still preserves many ancient architectural works including the Old Quarter and over 600 pagodas and temples.

Hanoi also characteristically contains 18 beautiful lakes such as Hoan Kiem Lake, West Lake, and Truc Bach Lake..., which are the lungs of the city, with their surrounding gardens and trees providing a vital source of energy.

Many traditional handicrafts are also practiced in Hanoi including bronze molding, silver carving, lacquer, and embroidery.