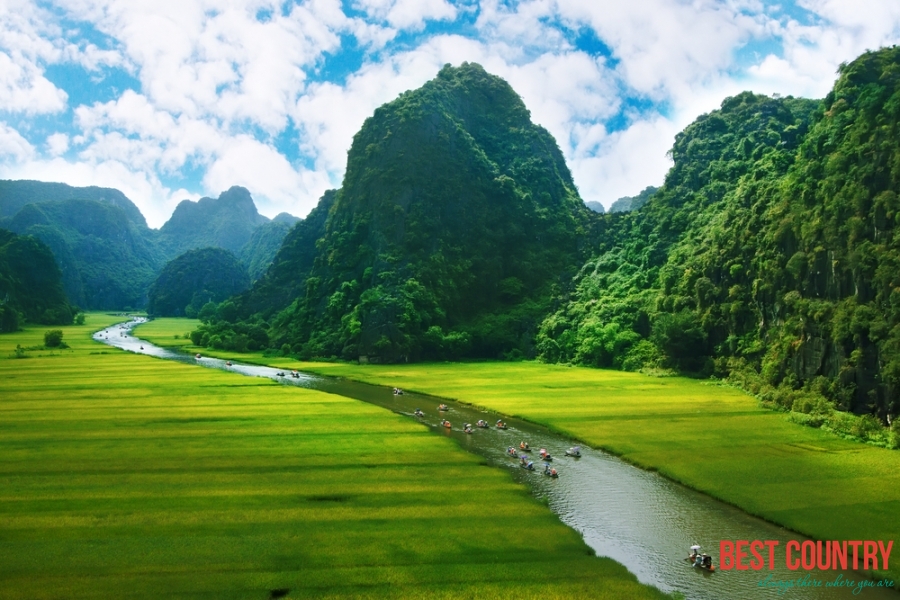 Because of differences in latitude and the marked variety of topographical relief, the climate tends to vary considerably from place to place.

During the winter or dry season, extending roughly from November to April, the monsoon winds usually blow from the northeast along the China coast and across the Gulf of Tonkin, picking up considerable moisture; consequently the winter season in most parts of the country is dry only by comparison with the rainy or summer season.

The average annual temperature is generally higher in the plains than in the mountains and plateaus and in the south than in the north. Temperatures in the southern plains (Ho Chi Minh City and the Mekong Delta) varies less, going between 21 and 28 °C (69.8 and 82.4 °F) over the course of a year. The seasons in the mountains and plateaus and in the north are much more dramatic, and temperatures may vary from 5 °C (41 °F) in December and January to 37 °C (98.6 °F) in July and August.