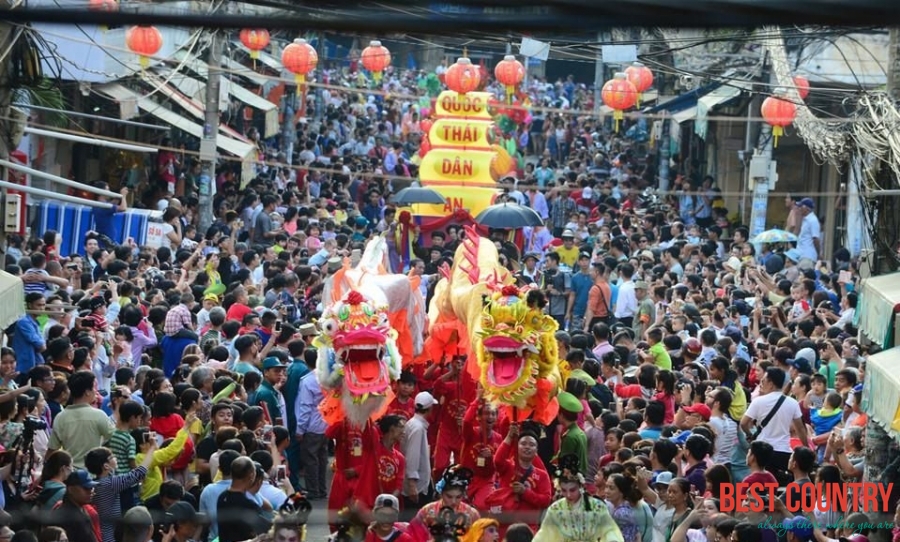 Tet means the first morning of the New Year in Vietnamese language and Nguyen dan is the popular name for the Vietnamese New Year.

Nguyen dan begins on the first day of the first lunar month and lasts for seven days. It marks the arrival of spring and is the greatest celebration time as the festival brings along a few breaks in the agricultural year.

Vietnamese New Year falls between the period of harvesting of crops and the sowing of the crops.

Vietnamese are very particular about their New Year traditions and customs. They follow all the customs earnestly and rigidly.

Vietnamese believe, on this day their fate and luck for the New Year is determined. Children are told not to cry or fight and people who are in mourning are avoided.

When New Year is near, people of Vietnam start cleaning their houses and ancestral graves.

Houses are decorated with Hoi Mai (yellow flowering plant) which is supposed to bring prosperity and well-being for the family.

Some people also hang a traditional painting depicting a tale of two lovers. Vietnamese consider Tet to be the time to pay off all debts and to resolve conflicts.

Vietnamese believed that there are three gods represented by the three legs of the cooking equipments in the kitchen.

The middle God is a woman and the other two are her husbands. In earlier times, it was customary to provide a carp to the gods on which they can travel.

The carp symbolizes the second last stage of the process by which animals were transformed into dragons.

Keeping the old custom alive, people buy the carp from the market and place in the bucket of water and placed on the altar of the house which was later set free. 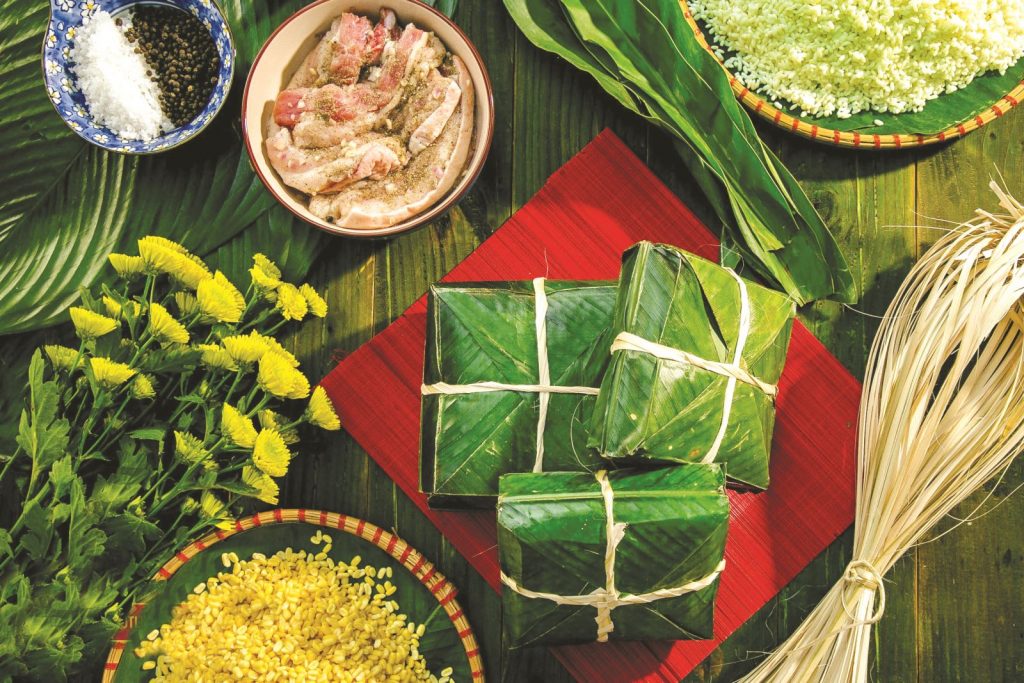 Watermelon is considered the most auspicious fruit of the season as it's flesh is red. It dried seeds are also used for various delicacies.

A tradition of displaying a New Year Tree is performed with sanctity and devotion. The tree is called as Cay Neu.

A bamboo pole decorated with bells, flowers, good luck charms and streamers is placed in front of the house.

The red color is considered lucky by the Vietnamese to scare off the evil the spirits. This is the last ritual, le khai ha performed on the seventh day of the Tet.

People like to celebrate the first day of the New Year with their families and friends. They wear new clothes and children give traditional greetings to their elders before receiving the New Year gifts from them.

People with happy experience over the last year are invited as the first person to enter the house. This act is called as Xong dat in Vietnamese.

The middle of the day observes an offering to the ancestors of the family on the altar of the household and incense is also burnt.

It is performed every day throughout the festival. On the second day of the New Year, people visit their in-laws and other relatives. On the third day, they visit the family of their teachers and some distant relatives.

People also visit Buddha temples or other holy places on this day. They bring back flowers as a gift which are kept all year to bring in good health and prosperity for the family.

Fortune - telling is the most popular activity of the New Year celebrations.

Experts forecasts people's future based on Truyen Kieu (a famous poem). Some traditional dragon dances are also preformed on this day.

A few rich people pay for these dancers to perform at their house. Children also enjoy the festival as they get to play all day.