An introduction to healthcare in Kuwait 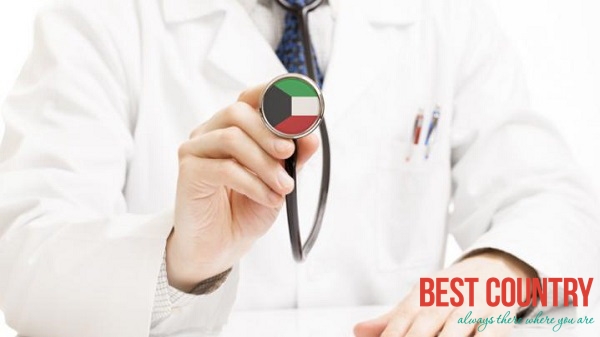 The quality of health care in Kuwait is generally high and equal to that in western Europe and the USA, except for highly specialised treatment.Owing to Kuwait’s small population and the numerous medical facilities in the private and public sectors, long waiting lists are almost unheard of.

For specialised treatment, however, it’s sometimes necessary to seek medical assistance outside Kuwait, and locals who can afford it often do so.Members of the ruling families and wealthy Arabs invariably have all major operations outside their own territory, particularly in London and American cities.Although some of Kuwait’s doctors and medical staff are local, the vast majority are foreign and were trained in their home countriesThe attraction of Kuwait for them is the same as for most other expatriates: financial reward.

American Mission Hospitals, which used to operate on a part-private (for those who could afford treatment), part-free (for those who couldn’t) basis, played an important part in the development of medical services and can still be found today, although they no longer offer free treatment.

Kuwait now has a public health service providing free or very low cost health care for its nationals and it’s important to note that these services are also available to expatriates. For some time, however Kuwait has been encouraging businesses to provide medical insurance for their employees, to lighten the burden on the national purse.

Tourists visiting Kuwait should have travel insurance that includes cover for private medical treatment, but they also have access to state medical facilities in the case of emergencies.Among expatriates, common health problems include alcoholism (particularly among bachelors, owing to loneliness and depression) and respiratory problems caused by sand and dust in the air – a situation exacerbated by continuous building work in most states.

Hard work and long hours in often extreme heat can also affect the immune system and compromise the body’s ability to counter illness. Expatriates – particularly manual workers – can suffer sunstroke and sunburn. You should be excused work outdoors if the temperature reaches 50oC (122oF), which isn’t uncommon at the height of summer, although it’s unusual for work to be stopped under these conditions. In the summer, humidity causes added discomfort, with eye infections common.

Dehydration is also a threat and is a potentially fatal condition that shouldn’t be underestimated – not only by those working outdoors but also by anyone playing outdoor sports, including ‘leisurely’ pursuits such as golf.

The ‘winter’ months of October to March, however, bring some of the best weather anywhere in the world, with continuous warm sunshine generating a feeling of well-being and providing the opportunity for a wholesome, outdoor lifestyle. Good weather is also beneficial to mental health, and people in Kuwait tend to be happier and livelier than those who have to cope with cold, wet, depressing climates.