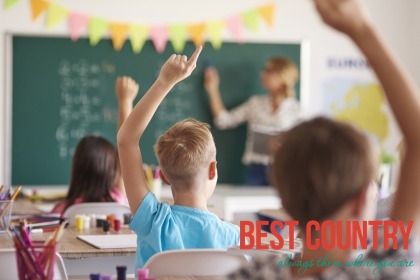 Today, Kuwait’s education system is larger than ever. There are currently close to 500,000 students enrolled in Kuwaiti schools, constituting approximately 30 percent of the entire population.

There are three basic levels of education in Kuwait – elementary, intermediate, and secondary. Each level involves four years of study, and schooling usually begins at age six.

Pre-school is available to four to six year olds, and students who complete their basic education can continue on to higher education.

Schooling is compulsory for all children ages six to 14 (elementary and intermediate levels) and all stages of state education, including higher education, are free. Students in all Kuwaiti schools study English beginning in the second grade.

Many Kuwaitis choose not to send their children to government schools but, rather, enroll them in private schools. There are numerous private schools in Kuwait, many of which have foreign sponsors and are co-ed.

Private education is not wholly funded by the government, although it is generously subsidized. The Kuwaiti government pours more than KD 5.6 million per annum into private educational facilities in addition to allotting land for school construction and distributing textbooks.

Unlike most co-ed private schools, Kuwaiti public schools are segregated by sex beginning in the first grade. Women are granted the same rights to education as men and the Ministry of Education has worked to further the education of women through various programs such as a 1989 initiative to establish daytime literacy clinics for women.

The Kuwaiti government ensures that each new school contains a library and has expanded the collection of books in existing school libraries from 230,000 (before the Iraqi invasion) to more than 3 million today.

The government has also launched an “Education Net” project to connect every government school and library in Kuwait to a telecommunications data network.