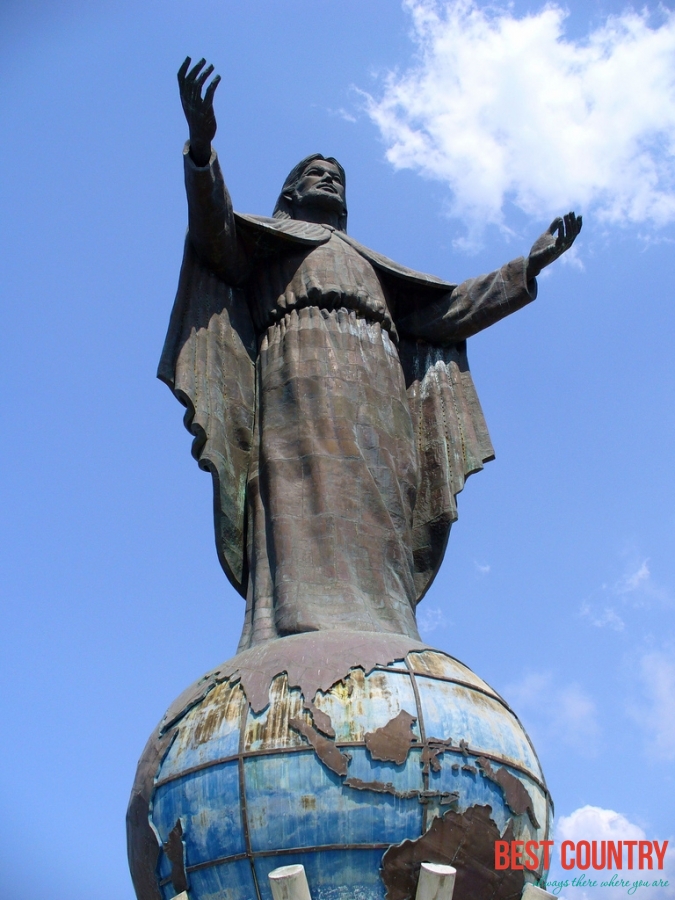 The majority of the population of East Timor is Catholic, and the Catholic Church is the dominant religious institution.There are also small Protestant and Muslim communities.

According to a 2005 World Bank report, 98 percent of the population is Catholic, 1 percent Protestant, and less than 1 percent Muslim.

Most citizens also retain some vestiges of animistic beliefs and practices, which they have come to regard as more cultural than religious.

The number of Protestants and Muslims declined significantly after September 1999 because these groups were disproportionately represented among supporters of integration with Indonesia and among the Indonesian civil servants assigned to work in the province from other parts of Indonesia, many of whom left the country in 1999.

The Indonesian military forces formerly stationed in the country included a significant number of Protestants, who played a major role in establishing Protestant churches in the territory.

Fewer than half of those congregations existed after September 1999, and many Protestants were among those who remained in West Timor. The Assemblies of God is the largest and most active of the Protestant denominations.

The country had a significant Muslim population during the Indonesian occupation, composed mostly of ethnic Malay immigrants from Indonesian islands.

There were also a few ethnic Timorese converts to Islam, as well as a small number descended from Arab Muslims living in the country while it was under Portuguese authority.

The Constitution provides for freedom of religion, and the Government generally respects this right in practice.

Societal abuses or discrimination based on religious belief or practice occur, but they are relatively infrequent.

There are over 900,000 Catholics in East Timor, a legacy of its status as a former Portuguese colony.

Since its independence from Indonesia, East Timor became only the second predominantly Catholic country in Asia (after the Philippines) - approximately 96% of the population is Roman Catholic.

The country is divided into three dioceses; Dili, Maliana and Baucau, all of which are immediately subject to the Holy See.

The Apostolic Nuncio to East Timor is concurrently the nuncio to Indonesia. The current nuncio is Italian archbishop Leopoldo Girelli, and the nunciature is located in Jakarta.

In the early 16th century, Portuguese and Dutch traders made contact with East Timor.

Missionaries maintained a sporadic contact until 1642 when Portugal took over and maintained control until 1974, with a brief occupation by Japan during World War II.

Retired bishop Carlos Ximenes Belo is a winner of the Nobel Peace Prize along with José Ramos-Horta in 1996 for their attempts to free East Timor from Indonesia.

The Roman Catholic Church remains very involved in politics, with its 2005 confrontations with the government over religious education in school and the forgoing of war crimes trials for atrocities against East Timorese by Indonesia.

They have also endorsed the new Prime Minister in his efforts to promote national reconciliation. In June 2006 Catholic Relief Services received aid from the United States to help victims of months of unrest in the country.

Islam is a minority religion in East Timor. The US State Department and the CIA World Factbook estimate that Muslims make up 1% of the population.