East Timor has been Roman Catholic since the early phase of the fifteenth century. Henceforth,Christmas in East Timor is celebrated with great energy and gusto.

For most part East Timorese people have been Catholic since the Portuguese arrived. 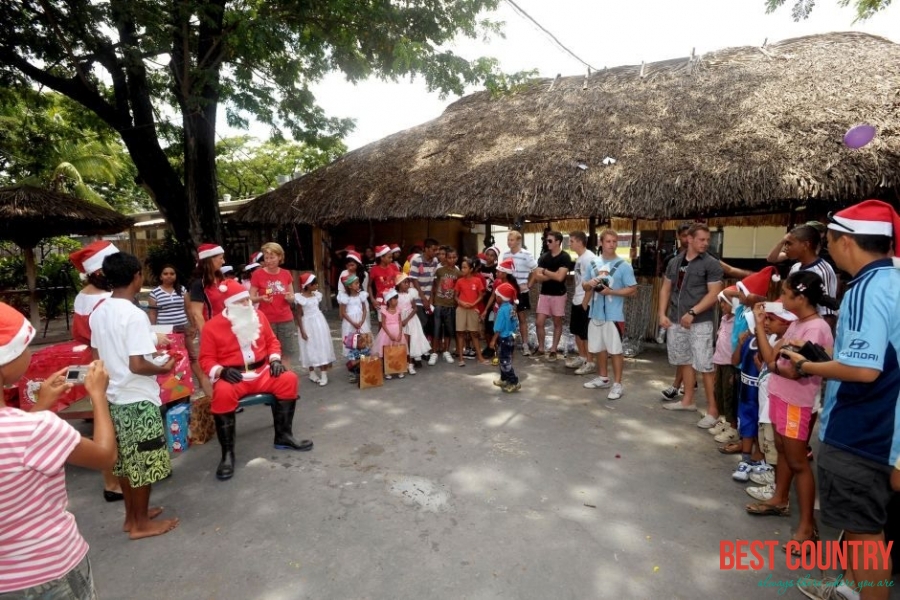 Before we delve into the Christmas in East Timor one has to understand the overall religious climate that has persisted in East Timor since a long time.

The catholic faith has been central to the East Timorese psyche for a long time and religion persists in all its finery in the absolute core of human values in East Timor.

The Catholic faith became the succour for many Timorese fighting over their existence as individualist people and it was the central part of the culture during the Indonesian occupation between 1975 to 1999.

While under Portuguese rule, East Timor was animist which was integrated with minimal Catholic ritual.

The number of Catholics dramatically increased under Indonesian rule.

and because the Catholic church, which remained directly responsible to the Vatican throughout Indonesian rule, became a refuge for East Timorese seeking sanctuary from persecution.

Christmas is celebrated in pagan and animist ways although the spirit of the roman Catholic church still is very ominous.

Christmas in East Timor is celebrated in the Capital Dilli, East Timor where last year in 2007 around 1,500 people filled the main cathedral in Dilli while others listened over loudspeakers outside.

Thousands had earlier walked about one kilometre (0.6 miles) in the hot morning sun from the seaside Motael church to the cathedral.

The procession was led by a man holding a metal crucifix wrapped in purple flowers and a curly white ribbon.

Behind him stretched two lines of young people in white and blue cassocks with their hands pressed together in front of them.

About 80 nuns followed, then came Bishop Belo, who walked just in front of the citizens who filled the street behind him.

Many East Timorese also attended mass late on Christmas Eve in this capital where people have built mangers out of thatch alongside city streets to recreate the scene of Christ's birth.