Armenians drink copious amounts of alcohol, as much as in other CIS countries, but-aside from the trendy bar scene in Yerevan (which are as alcohol and drug laden as any venue in the world), you rarely see the kind of drunken behavior associated with Russia or other ex-Soviet states.

It is considered a disgrace to show the affect of alcohol. Their ability to drink so much and not get drunk is mostly likely because they never drink without eating, and have strict rules for drinking in public.

One of the rules is that each dinner table has its tamada (tah-mah-DAH, head of table), who is responsible for making toasts (no one drinks without a toast), and keeping his eye on the alcohol-challenged at the table.

Toasts can be extremely long, with persons around the table adding secondary toasts to the primary one. This is partly deliberate, since it keeps guests from drinking too much, and the starch food absorbs the alcohol. It does work.

Drink local: they are the best priced and the best tasting, winning awards in Europe. The local beers include Kotaik and Kilikia, which are dark lagers that sell for 150-250 AMD per 750-ml bottle.

Imported beers include Heineken, Amsted and Bavaria, all widely available in urban area bars and restaurants. They are also very expensive. Draft Heineken has entered Yerevan, but at $4 a mug, it's not THAT good. 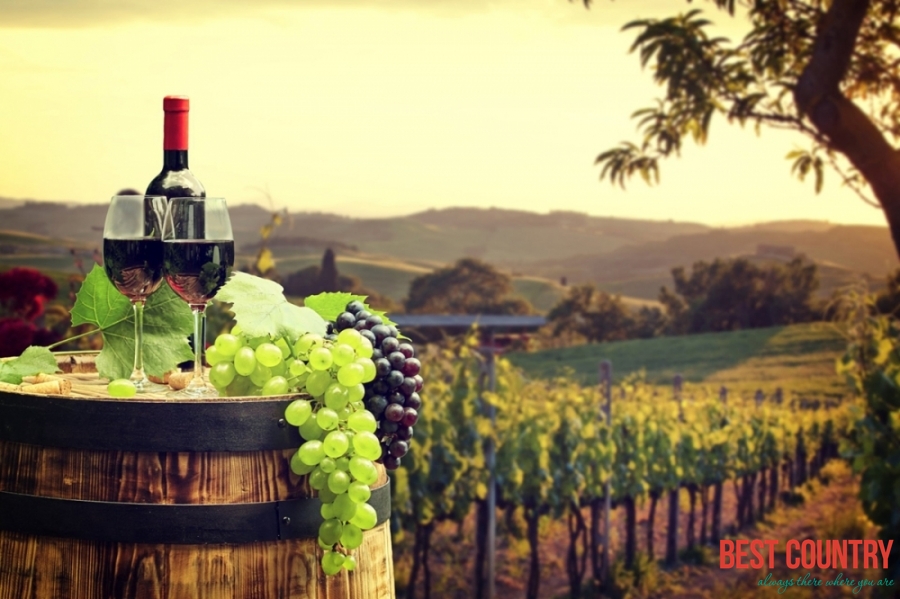 Something happened on the way to the winery, though, as the largest selection of wines are semi-sweet to sweet dessert wines.

Armenians prefer them that way, choosing harder drinks like cognac or vodka over wine at dinners.

The dessert wines are not to be under-rated though, since they are among the best produced and have begun to win international competitions. Dry and table wines that are particularly good include the red Areni and the honey-colored semi-sweet Voskevaz.

Of all Armenia's alcoholic drinks, Cognac is its best-known product, the cognac factory exporting more than 2 million bottles a month to Russia alone.

It's no wonder why, since it is truly one of the best brandies in the world, the only type William Churchill drank (Stalin often complained about Churchill, saying he cared more about his next shipment of Armenian Cognac than how the war was going).

Armenian cognac won its first Grand-Prix gold medal in France in 1904, which has been followed by 51 gold, 21 silver and 3 bronze medals over the years.

Cognac (called Brandy in the West due to French copyright laws) is fermented using fresh spring water piped in from a single location in Armenia, in oak barrels.

Cognac is rated using stars, each showing the number of years it has been fermented, the youngest being three years. Thus, 3 star cognac is three years old, 5 stars five years old, etc. After six years, the cognac is given special names to denote its age and quality.

Cognac lovers rave about all grades in Armenia, but a few deserve special note. Ararat is the name given to all brands produced at the Ararat factory, with 3, 4, 5 and 6 star brandy sold at most cognac and liquor stores in the country.

Entir is a higher grade of 5-6 year old brandies. Ani is a 5.5 year-old brandy made form 6 to 7 kinds of cognac spirits. Ten to twelve year old cognacs are Hobelianakan, Akhtamar and Hayastan.

12 to 15 year old cognacs are Tonakan, Vaspurakan and Nairi. The top of the cognac hill is Kilikia, which is a mixture of 20 different spirits, the youngest of which is 12 years old, the oldest 100 years in age.

Imported spirits are widely available, vodka being the most popular among them. Vodka is also the cheapest, going for as low as 500 AMD for death-on-wheels 500-ml bottles.

Beyond vodka and liqueurs, the prices jump enormously. Gin, Whiskey, Scotch Whiskey and Tequila can cost more than $40 a liter bottle, but average $15-20.