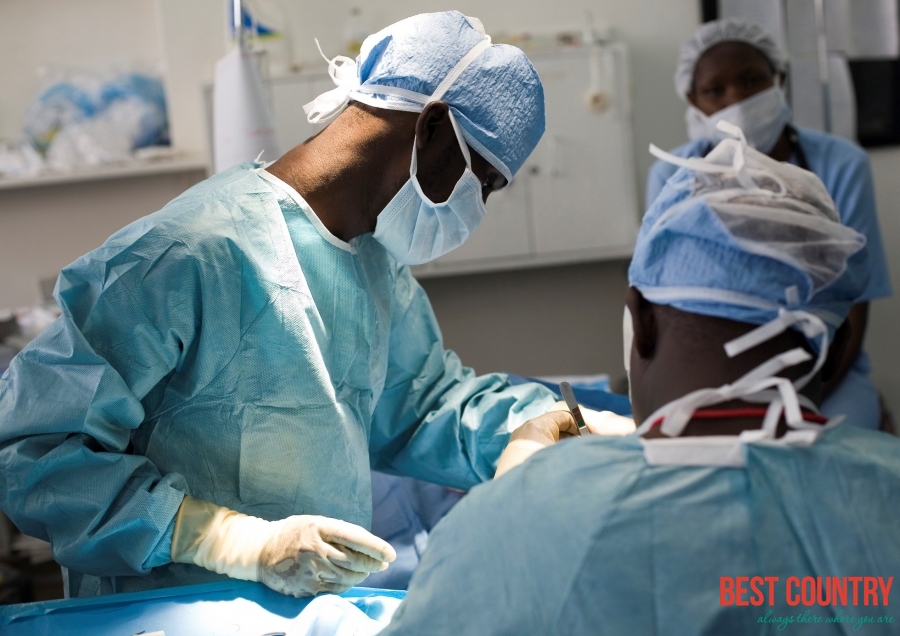 According to the Kenya National Bureau of Statistics, in 2011 there were 65,000 qualified nurses registered in the country; 8,600 clinical officers and 7,000 doctors for the population of 43 million people (These figures from official registers include those who have died or left the profession hence the actual number of these workers may be lower).

Despite major achievements in the health sector, Kenya still faces many challenges. The life expectancy estimate has dropped to approximately 55 years in 2009 – five years below 1990 levels. The infant mortality rate is high at approximately 44 deaths per 1,000 children in 2012. The WHO estimated in 2011 that only 42% of births were attended by a skilled health professional.

Diseases of poverty directly correlate with a country's economic performance and wealth distribution: Half of Kenyans live below the poverty level. Preventable diseases like malaria, HIV/AIDS, pneumonia, diarrhoea and malnutrition are the biggest burden, major child-killers, and responsible for much morbidity; weak policies, corruption, inadequate health workers, weak management and poor leadership in the public health sector are largely to blame.

According to 2009 estimates, HIV prevalence is about 6.3% of the adult population.However, the 2011 UNAIDS Report suggests that the HIV epidemic may be improving in Kenya, as HIV prevalence is declining among young people (ages 15–24) and pregnant women. Kenya had an estimated 15 million cases of malaria in 2006.

Maternal mortality is high, partly because of female genital mutilation, with about 27% of women having undergone it. This practice is however on the decline as the country becomes more modernised and the practice was also banned in the country in 2011.