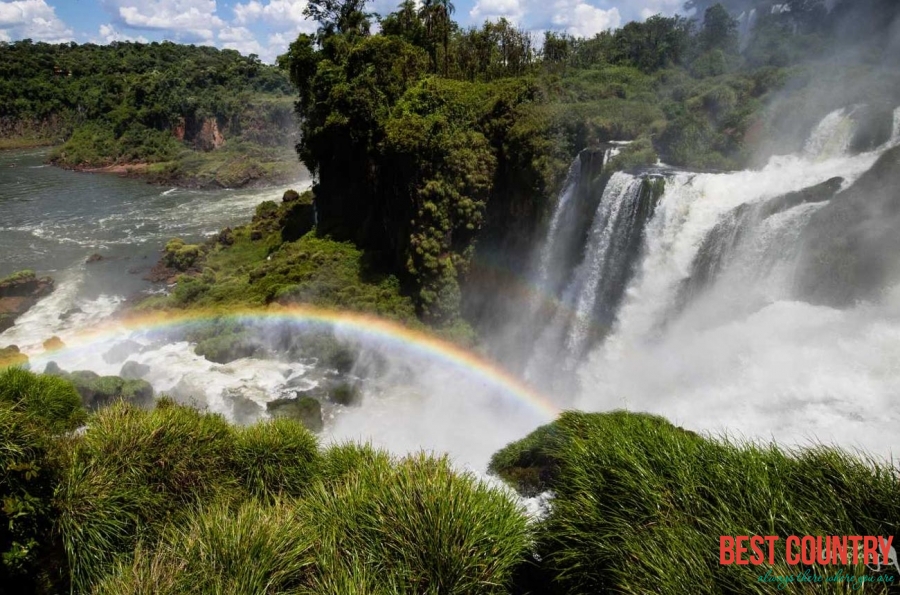 During the Southern Hemisphere's summer, which corresponds to the northern winter, the dominant influence on the climate is the warm sirocco winds blowing out of the northeast. During the winter, the dominant wind is the cold pampero from the South Atlantic, which blows across Argentina and is deflected northeastward by the Andes in the southern part of that country. Because of the lack of topographic barriers within Paraguay, these opposite prevailing winds bring about abrupt and irregular changes in the usually moderate weather. Winds are generally brisk. Velocities of 160 kilometers per hour (99 mph) have been reported in southern locations, and the town of Encarnación was once leveled by a tornado.

The Paraneña region has only two distinct seasons: summer from October to March and winter from May to August. April and September are transitional months in which temperatures are below the midsummer averages and minimums may dip below freezing. Climatically, autumn and spring do not really exist. During the mild winters, July is the coldest month, with a mean temperature of about 18 °C (64.4 °F) in Asunción and 17 °C (62.6 °F) on the Paraná Plateau. There is no significant north-south variation. The number of days with temperatures falling below freezing ranges from as few as three to as many as sixteen yearly, and with even wider variations deep in the interior. Some winters are very mild, with winds blowing constantly from the north, and little frost. During a cold winter, however, tongues of Antarctic air bring subfreezing temperatures to all areas. No part of the Paraneña region is entirely free from the possibility of frost and consequent damage to crops, and snow flurries have been reported in various locations.

Moist tropical air keeps the weather warm in the Paraneña region from October through March. In Asunción the seasonal average is about 24 °C (75.2 °F), with January—the warmest month—averaging 29 °C (84.2 °F). Villarrica has a seasonal mean temperature of 21 °C (69.8 °F) and a January mean of 27 °C (80.6 °F). During the summer, daytime temperatures reaching 38 °C (100.4 °F) are fairly common. Frequent waves of cool air from the south, however, cause weather that alternates between clear, humid conditions and storms. Skies will be almost cloudless for a week to ten days as temperature and humidity rise continually. As the soggy heat nears intolerable limits, thunderstorms preceding a cold front will blow in from the south, and temperatures will drop as much as 15 °C (27.0 °F) in a few minutes.

Rainfall in the Paraneña region is fairly evenly distributed. Although local meteorological conditions play a contributing role, rain usually falls when tropical air masses are dominant. The least rain falls in August, when averages in various parts of the region range from 200 to 100 millimeters (7.9 to 3.9 in). The two periods of maximum precipitation are March through May and October to November.

In contrast to the Paraneña region, the Chaco has a tropical wet-and-dry climate bordering on semi-arid. The Chaco experiences seasons that alternately flood and parch the land, yet seasonal variations in temperature are modest. Chaco temperatures are usually high, the averages dropping only slightly in winter. Even at night the air is stifling despite the usually present breezes. Rainfall is light, varying from 500 to 1,000 millimeters (19.7 to 39.4 in) per year, except in the higher land to the northwest where it is somewhat greater. Rainfall is concentrated in the summer months, and extensive areas that are deserts in winter become summer swamps.