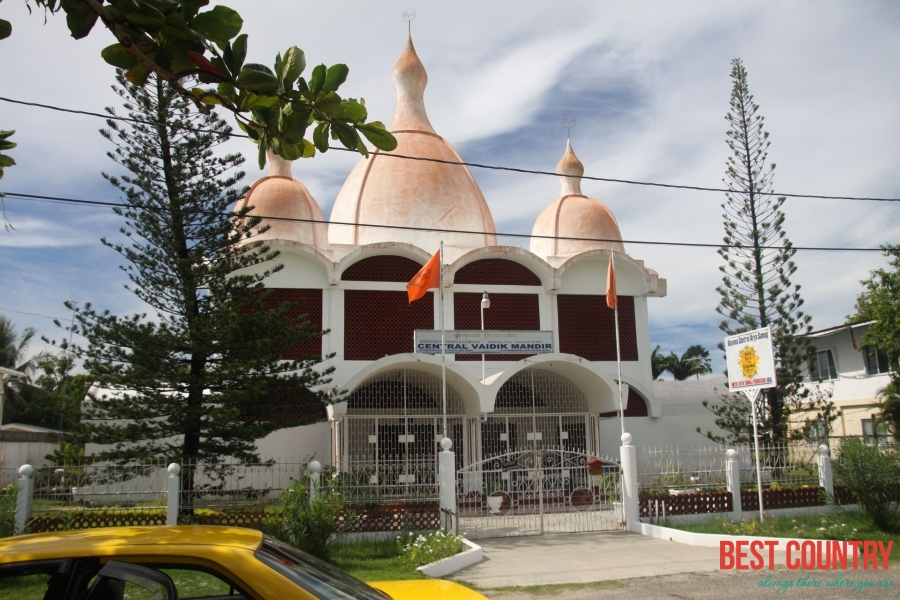 Christianity and Hinduism are the dominant religions in Guyana. Data from a 2002 census on religious affiliation indicates that approximately 57 percent of the population is Christian. The composition of that population is:

Approximately 28 percent is Hindu, 7 percent is Muslim (mostly Sunni with Shia and Ahmadiyya minorities), and 2 percent practice other beliefs, including the Rastafari movement, Buddhism, and the Baha'i Faith. An estimated 4 percent of the population does not profess any religion.

The country is ethnically diverse, reflecting East Indian, African, Chinese, and European ancestry, as well as a significant indigenous population. Members of all ethnic groups are well represented in all religious groups, with two exceptions: most Hindus are Indo-Guyanese, and nearly all Rastafarians

Christianity's status as Guyana's dominant system of values is a consequence of colonial history. To the European planters, colonial administrators, and missionaries, the profession of Christian beliefs and observance of Christian practices were prerequisites to social acceptance.

Even though the planters discouraged the teaching of their religion to the slaves, Christianity eventually became as much the religion of the Africans as of the Europeans. Indeed, after abolition, Christian institutions played an even more important role in the lives of the former slaves than in the lives of the masters.

By the time the East Indians and other indentured groups arrived in Guyana, a new syncretic Afro-Guyanese culture in which Christianity played an important part had already been established.

Only since the mid-20th century, with the growth of the Indo-Guyanese population and the efforts of their ethnic and religious organizations, have Muslim and Hindu values and institutions been recognized as having equal status with those of Guyana's Christians.