Georgetown is the capital of Guyana 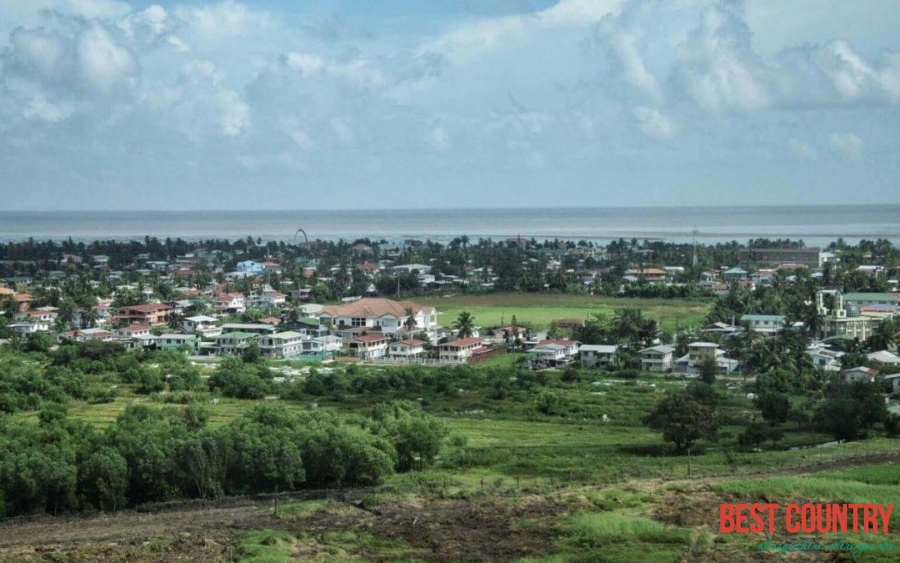 Georgetown is the capital and largest city of Guyana, located in the Demerara-Mahaica region. It is situated on the Atlantic Ocean coast at the mouth of the Demerara River and it was nicknamed 'Garden City of the Caribbean.'

Georgetown is laid out in a north-south, east-west grid, interlaced with canals protected by kokers, or sluices, built by the Dutch and later the British that provide drainage to a city that lies 3 feet (0.91 m) below high-tide level. A long sea wall helps prevent flooding. The city has anand avenues and contains many wooden colonial buildings and markets.

Most of the main buildings are centred around the western region of the town. Around the western-central area is Independence Square and Promenade Gardens, the Walter Roth Museum of Anthropology, the National Library (built by Andrew Carnegie), the Bank of Guyana, the National Museum of Guyana and State House (built 1852) where the President resides, and St. George's Anglican Cathedral. There are many churches, mosques and mandirs in Georgetown.

The Georgetown Cenotaph, at Main and Church Streets, was built in 1923. It is the site of Remembrance Day (Remembrance Sunday) services in November each year.

To the south of this region is where the neo-Gothic City Hall (1889) is to be found, as well as the Victoria Law Courts (1887), the Parliament Building (1829–1834), the large Stabroek Market (1792) containing the prominent cast-iron clock tower that dominates the city sky line, the Roman Catholic Brickdam Cathedral, City Engineer House, the Magistrate's Court, St. Andrew's Kirk (1818) and Independence Arch.

The northern area of the city near the Atlantic coast contains Splashmins Fun Park, Fort William Frederick, a park and the Umana Yana, a conical thatched building built by Wai-Wai Amerindians using traditional techniques. It was built for the 1972 Non-Aligned Foreign Ministers Conference. The Georgetown Lighhouse is a famous landmark.

The City is protected from the Atlantic Ocean by the Georgetown Seawall.

Georgetown is the seat of the University of Guyana and the Caribbean Community (CARICOM) Secretariat which are both located at Turkeyen, on the city's outskirts.