Festivals in French Guiana are celebrated with lots of cheerful traditions, cultural performances, music, drinking, and all-day feasts. Most events are based on religious observances and origins, but there are also many secular celebrations. The months of January and February come alive with Mardi Gras spirit and throughout the year, many other interesting holidays commemorate historic dates, including the abolition of slavery. 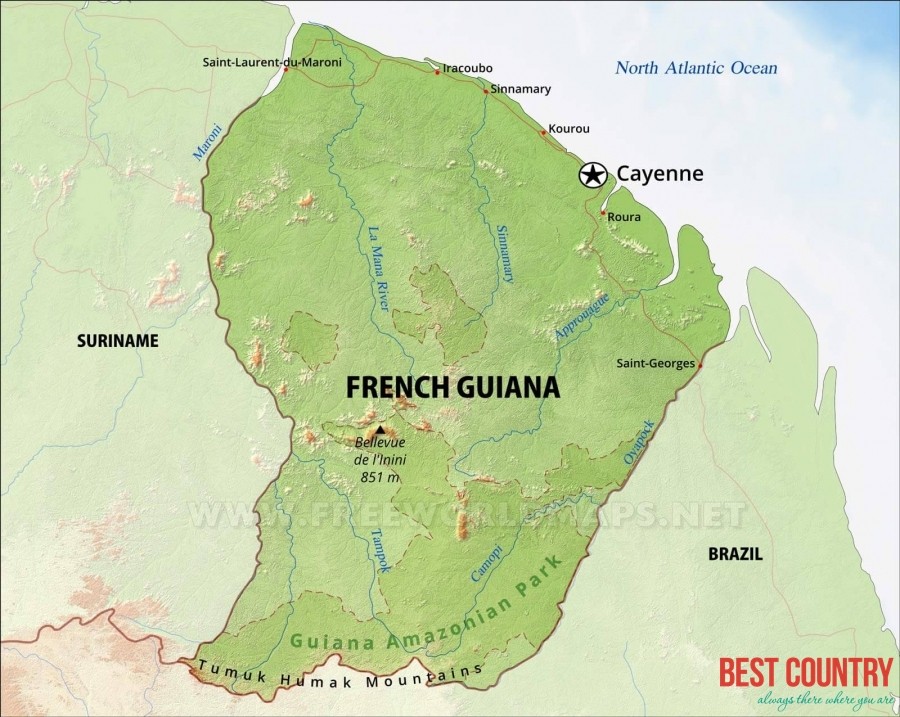 French Guiana is situated on the northeast coast of South America, and is bordered by Brazil to the south and the east and by Surinam to the west. The southern Serra Tumucumaque Mountains are part of the eastern frontier, whilst the rest is formed by the River Oyapock.

The political structure of French Guiana

French Guiana, as part of France, forms part of the European Union - the largest landmass for an area outside of Europe (since Greenland left the European Community in 1985), with one of the longest EU external boundaries. It is one of only three European Union territories outside Europe that is not an island (the others being the Spanish Autonomous Cities in Africa, Ceuta and Melilla).