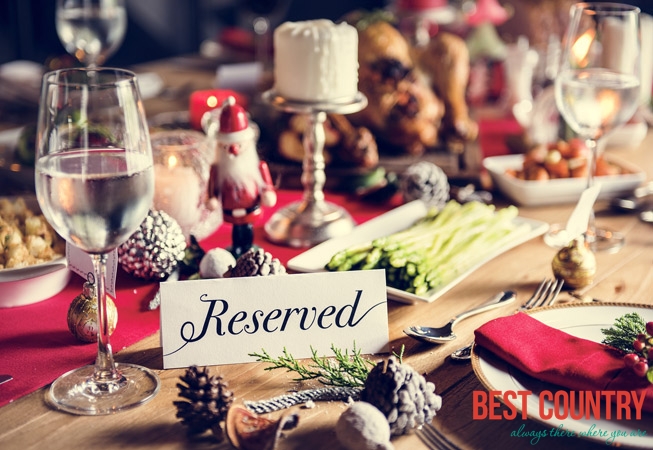 Argentina, the second largest country of South America, is considered to be a land where people prefer to strictly abide by the customs and traditions of the country, and more precisely the beliefs of Roman Catholic. Argentina holds a long ancient history of passing on these traditions and customs from one generation to another.

One can sense and experience the same in its various celebrations, and New Year is no exception. Argentina observes and celebrates New Year on the day of January 1 of the Georgian calendar. In Argentina, it is popularly called as ‘Ano Nuevo'. Argentina also observes New Year Day as a public holiday.

Traditionally, New Year celebrations in Argentina involve a late dinner, with close friends and family members in attendance. Bursting firecrackers is another important part of it. There are few other popular, prominent, and interesting traditions usually followed by most of the people in Argentina.

One such out of the ordinary and unusual tradition asks to run around a house with a suitcase in hand, with a belief that doing so will ensure more of travelling in the coming year.

There is one more tradition of eating beans on New Year, which is done with a belief that doing so will ensure safety to the present job, or will open up gates for new and better job in the coming year. There is another popular tradition of going for swimming in private and public pools, rivers, and lakes.

This tradition is considered to be very close to the heart of the natives of Argentina. Turron and pan dulce which are being served as the customary dishes on New Year is also a part of customs and traditions in Argentina.

New Year celebrations in Argentina witness people coming out of their houses to be a part of the street parties. Also, special grand parties are organized in clubs, hotels, and other party places. Arrangements are made for drinking, eating, dance, music, and celebration. People along with their friends and family members party throughout the New Year's Eve; and eagerly wait for the clock to turn twelve. As soon as clock turns twelve, people sing, dance, and celebrate.

Bursting crackers is an intact part of celebrations of New Year in Argentina, and small children and people of young age leave no stone unturned to ensure that the grandest and most appealing of fireworks show occur in their part as soon as the moment of New Year arrives. Usually, the entire family comes out of their houses to move to party places, and to be a part of the firework show. Fireworks usually go on till the dawn of the first day of the New Year, with people dancing, singing, eating, drinking, and celebrating during the whole night.

The majority of the population of Argentina is Roman Catholic. On the first dawn of the New Year, they prefer to go to Churches and Cathedrals to offer prayers to God for happiness, peace, and prosperity for the New Year. The afternoon time is usually booked for picnics, swimming, or family gatherings. Though, it is not a stern tradition, but still out of their generosity and love, elderly people confer young kids of the family with gifts and goodies.