Argentina is one of the most important wine-producing countries in the New World, and the largest producer of wine in South America. The high-altitude deserts of the eastern Andes have given rise to a high-quality wine industry and the terroir here is well suited to Argentina's adopted grape variety, the ubiquitous Malbec. Originally from Bordeaux, this is now responsible for some of Argentina's most famous wines, which are characteristically bright and intense, with floral notes and flavors of dark fruit.

Covering just over one million square miles (2.8 million sq km), Argentina is the second-largest country in South America and stretches from the southern border of Bolivia in the north to the southern tip of the continent. It is home to a vast array of landscapes, from the rocky peaks of the Andes in the west to the fertile Pampas lowlands in the east.

Most viticulture in Argentina takes place in the foothills of the Andes, and most famously in Mendoza, where desert landscapes and high altitudes combine to make a terroir that gives rise to aromatic, intensely flavored red wines. Vineyards in Mendoza reach as high as 5000ft (1500m) above sea level. Here, increased levels of solar radiation and a high diurnal temperature variation make for a long, slow ripening period, leading to balanced sugars and acidity in the grapes. 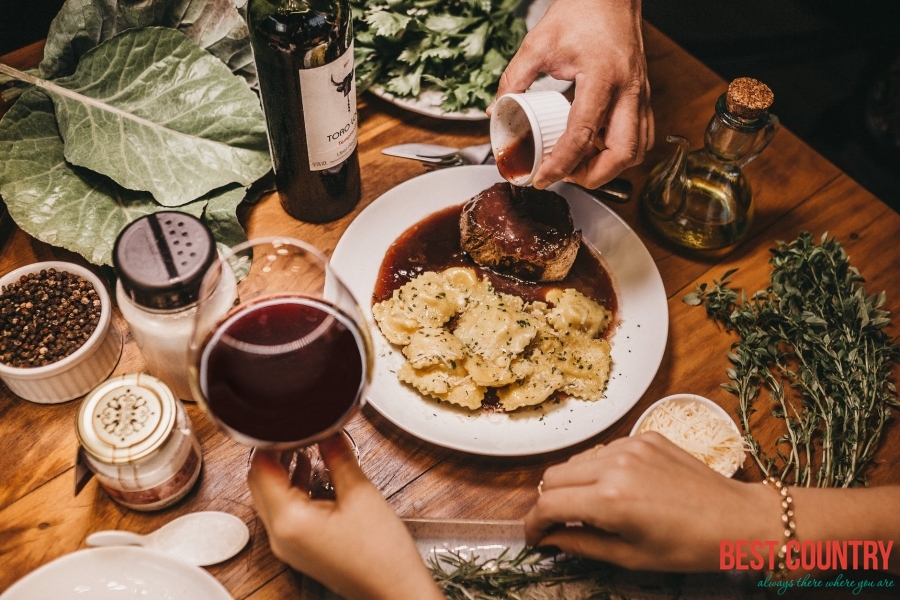 Nearly three-quarters of Argentinian wine production takes place in Mendoza, and in addition to Malbec, there are significant plantings of Cabernet Sauvignon, Chardonnay and Bonarda. Mendoza's position in the rain shadow of the Andes means that there is little rainfall, and irrigation is supplied by Andean meltwater.

Further north, the regions of Salta and Catamarca are even higher, and a world-topping vineyard owned by Bodega Colome in Molinos sits at 9900ft (3000m), higher than the peak of Mount St. Helens in the Pacific Northwest of America. Low latitudes in this corner of Argentina – which at 22°N to 28°N is considerably closer to the Equator than any European wine region – are tempered by the high altitude and cold mountain air. Here, Argentina's signature white grape, Torrontes, is grown, making an aromatic, floral white wine.

There are also some wine-producing regions in Argentina closer to the Atlantic coast than to the lofty peaks of the Andes. Patagonia in the south is now home to two regions, Rio Negro and Neuquen, the cooler conditions of which are suited to creating wines made from Pinot Noir.

Argentina has a long viticultural tradition, and wines have been made here since the 1500s, initially by Spanish missionaries and later Italian settlers. Until very recently, Argentinian wines were exclusively domestic, based mostly on the high-yielding Criolla Grande and Cereza grape varieties. Over the past 20 years, however, the country's wine producers have raised quality levels and successfully consolidated an international export market. Argentina has risen to become the fifth-most-prominent wine-producing country in the world, following France, Italy, Spain and the USA.