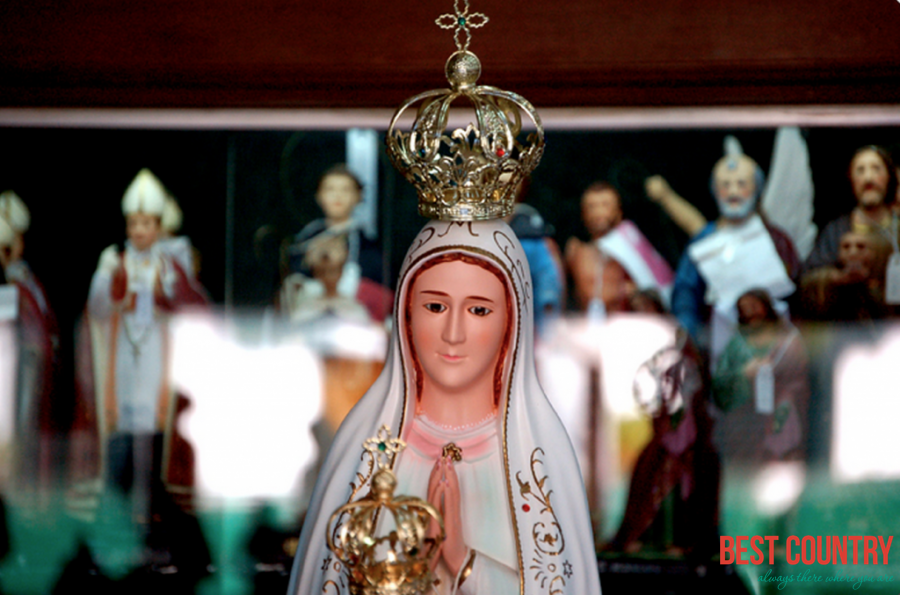 Portugal has no official religion. The most predominant religion in Portugal is Roman Catholicism.

Approximately 84% of the population of Portugal is nominally Catholic, though only about 19% attend mass and take the sacraments regularly, while a larger number wish to be baptized, married in a church, and receive Last Rites.

Although Church and State were formally separated during the Portuguese First Republic (1910–1926), a separation reiterated in the constitution of 1976, Roman Catholic precepts continue to have a significant bearing in Portuguese society and culture.

Many Portuguese holidays, festivals, and traditions have a religious origin or connotation.

The educational and health care systems were for a long time the Church's preserve, and in many cases, whenever a building, bridge, or highway was opened, it received a blessing from the Clergy.

Although Church and State are formally separate, the Catholic Church still receives certain privileges in spite of continuing opposition from left-wing political parties.