In the 15th century, Prince Henry the Navigator ordered his explorers to bring back to Portugal any exotic fruits, nuts, and plants from new lands. 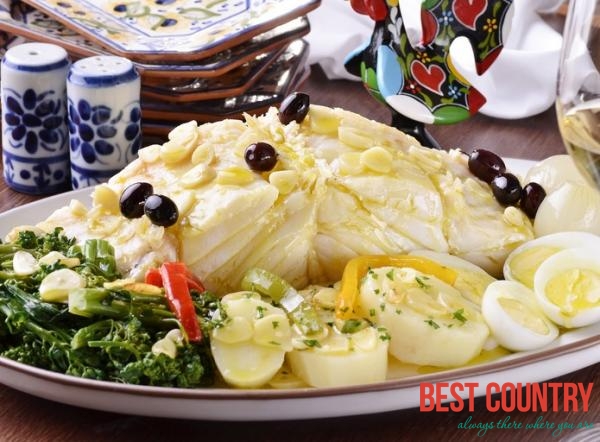 As a result, the Age of Discovery dramatically affected cooking in Portugal and around the world.

Tomatoes and potatoes were taken to Europe, Brazilian pineapples were introduced to the Azores, Brazilian chili peppers grew in Angola, African coffee was transplanted to Brazil (today producing about half of the world's supply), Brazilian cashews landed in Africa and India, and tea was introduced to Europeans.

Today, the Portuguese fondness for certain ingredients like cinnamon or curry powder for example, is also a legacy from this time. But other cultures had been introducing new foods to Portugal for centuries before that.

The Romans (who aimed to make the Iberian Peninsula the granary of Rome) brought wheat and introduced onions, garlic, olives, and grapes.

Later, the Moors were the first to plant rice, introduced figs, planted groves of lemons and oranges, and covered the Algarve province with almond trees. 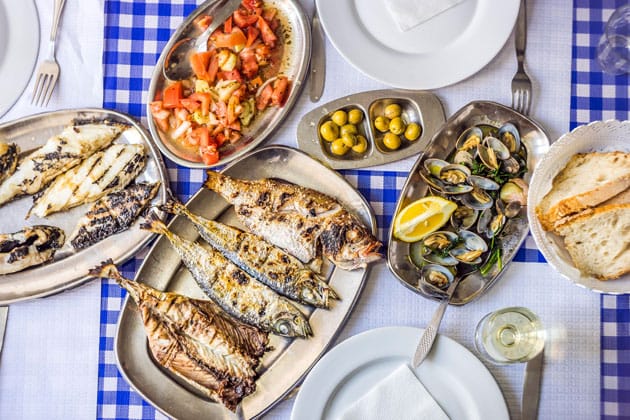 Today, naturally, Portuguese cuisine varies from region to region, but fresh fish and shellfish are found on virtually every menu.

The national dish is "bacalhau," dried, salted cod. The Portuguese have been obsessed with it since the early 16th century, when their fishing boats reached Newfoundland.

The sailors salted and sun-dried their catch to make it last the long journey home, and today there are said to be 365 different ways of preparing it, one for each day of the year.

Grilled sardines and horse mackerel are also popular in the coastal towns, and a mixture of other types of fish is put into a stew called "Caldeirada."

The country is full of specialty seafood restaurants, many with artistic displays of lobsters, shrimp, oysters, and crabs. To try a mixture of these, have the rich seafood rice, "arroz de marisco."

Another national dish, but made with meat, is "cozido à portuguesa," a thick stew of vegetables with various kinds of meat.

The favorite kind is pork, cooked and served in a variety of ways. Roast suckling pig ("leitão assado") is popular in the north of the country, as are pork sausages called "chouriço" or "linguiça."

Typical of Porto is tripe with haricot beans. It is not to everyone's taste, but has been Porto's most famous dish since Henry the Navigator sent a vessel to conquer Ceuta in Morocco and the people of Porto slaughtered all their livestock to provision the crew, keeping just the intestines for themselves. They have been known as "tripeiros" or "tripe eaters" ever since.

Breakfast is traditionally just coffee and a bread roll, but lunch is a big affair, often lasting up to two hours.

It is served between noon and 2 o'clock or between 1 and 3 o'clock, and dinner is generally served late, after 8 o'clock. There are usually three courses, often including soup. The most common soup is "caldo verde," with potato, shredded cabbage, and chunks of sausage.

The most typical desserts are cinnamon-flavored rice pudding, flan, and caramel custard, but they also often include a variety of cheese.

The most common varieties are made from sheep or goat's milk, and the most popular is "queijo da serra" from the region of Serra da Estrela.

Many of the country's outstanding pastries were created by nuns in the 18th century, which they sold them as a means of supplementing their incomes.

Many of their creations have interesting names like "barriga de freira" (nun's belly), "papos de anjo" (angel's chests), and "toucinho do céu" (bacon from heaven).

Before any meal at a restaurant in Lisbon or elsewhere in Portugal, try the bread placed on the table -- Portuguese bread is delicious.