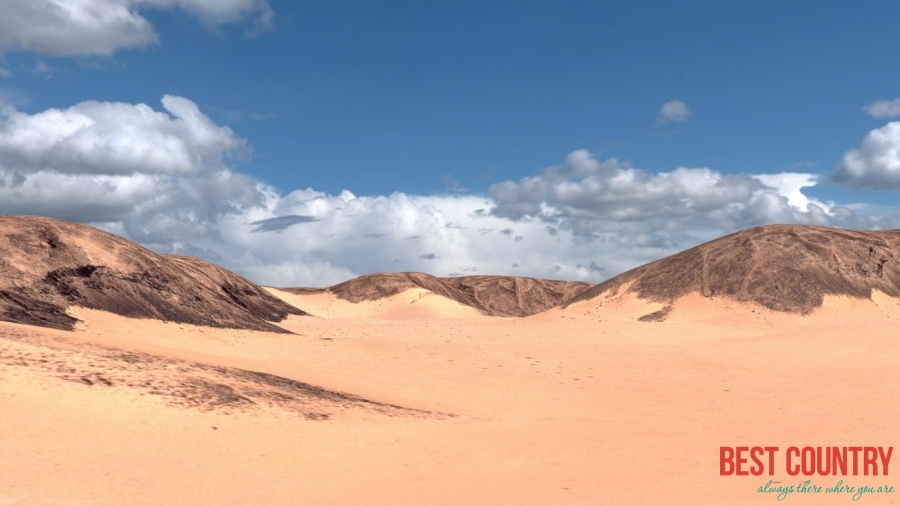 Temperatures are generally very high in Yemen, particularly in the coastal regions. Rainfall is limited, with variations based on elevation.

The highlands enjoy a temperate, rainy summer with an average high temperature of 21 °C (69.8 °F) and a cool, moderately dry winter with temperatures occasionally dipping below 0 °C (32.0 °F). The climate of the Tihamah (western coastal plain) is tropical; temperatures occasionally exceed 54 °C (129.2 °F), and the humidity ranges from 50 to 70 percent. Rainfall, which comes in irregular heavy torrents, averages 130 millimetres (5.12 in) annually.

The capital, Sana'a, receives around 300 mm (11.8 in) a year, It is not uncommon for the northern and eastern sections of the country to receive no rain for five years or more. The Wadi Hadhramaut in the eastern part of Yemen is arid and hot, and the humidity ranges from 35 percent in June to 64 percent in January. Yemen is dry in the east and humid in the west.