Songkran is the Thai celebration of new year. It has its own rituals and provides a wonderful spectacle for three days every April. 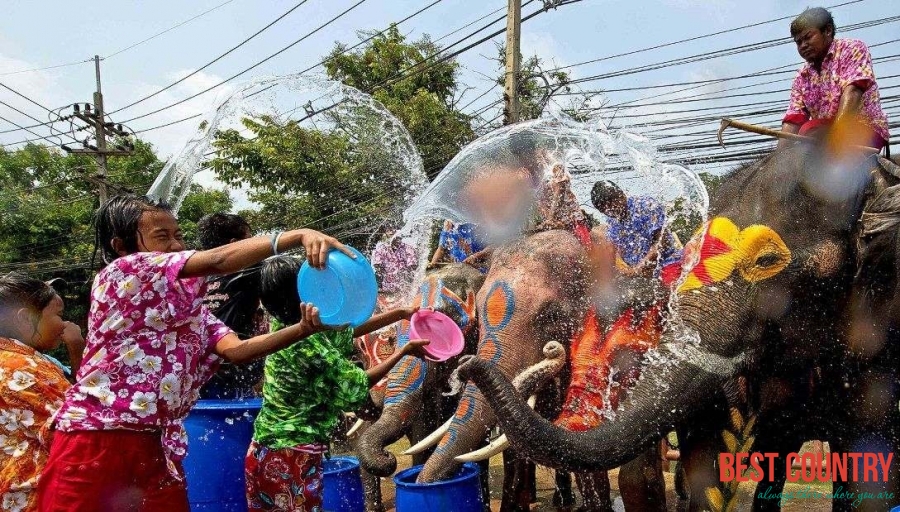 South and Southeast Asia also celebrates New Year as per the Thai calendar. The date was originally calculated as per astrological calculation and over time the date has got fixed. It also, we have learned, corresponds with the Buddhist New Year and is one of the most important holidays in Thailand since the beginning of the year according to the lunar calendar.

Songkran has traditionally been celebrated as the New Year for many centuries, and is believed to have been adapted from an Indian festival. It is now observed nationwide, even in the far south. However, the most famous Songkran celebrations are still in the northern city of Chiang Mai, where it continues for six days and even longer. It has also become a party for foreigners and tourists and is an additional reason for many to visit Thailand for immersion in another culture.

Thais splash water Buddhas with profound reverence but they also douse family and friends, the belief that water washes away bad luck and purifies. The festival is also a lot of fun when you throw water on everyone and can result in real water fights in the streets.

The spraying of water on each other has double meaning - a sign of purification and ritual welcome at the height of the hot season, but this is primarily an ancestral tradition. This is called Rohd Nam Songkran, meaning "The Pouring of Songkran Water."

Songkran is also celebrated in many places with a pageant in which young women demonstrate their beauty and unique talents, as judged by the audience. The level of financial support usually determines the winner, since, to show your support you must purchase necklaces which you place on your chosen girl.