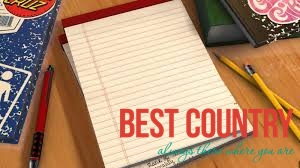 The first university in Thailand, Chulalongkorn University, was established in 1917. This was done by bringing together the School of Civil Servants, the Royal Medical College and the Engineering School. In the time since this fairly early start for the region, higher education in Thailand has grown considerably. As of July, 2008, there were 164 higher education institutions under the supervision of the Commission on Higher Education, Ministry of Higher Education. Of these 164 institutions, 78 were public, 67 were private and 19 were cmmunity colleges.

The Ministry of Education oversees all aspects of education from pre-school through upper secondary school and some higher education programs (e.g. teacher training and technical and vocational education). Private primary and secondary schools are managed under the Private Education Commission.

The Ministry of University Affairs (MUA) directs the administration and management of both public and private colleges and universities. The Department of Vocational Education is responsible for vocational education and training. Programs in this sector are designed to meet the needs of the job market and are offered at both the secondary and postsecondary levels.

Admission to an institution of higher education requires the Certificate of Secondary Education (Matayom VI). Most public universities also require applicants to take the Joint Higher Education Entrance Examination (JHEEE), which is held each year in April and administered by the MUA. Students who have successfully completed the Certificate of Vocational Education are also eligible to take the JHEEE.

Applicants are required to complete up to seven sections on the exam depending on the desired faculty. Science faculties for instance require mathematics, physics, chemistry, biology and English. Social Sciences faculties require social studies, Thai, English, other foreign languages and mathematics.

Students may apply to as many as five faculties at one or more universities of their choice.

Some institutions hold their own entrance exams while the country’s two open universities, Ramkhamhaeng Univerity and Sukhothai Thammathirat Open University, do not require applicants to take and entrance exam.

Private institutions have their own admissions process, which includes a joint entrance examination similar to the JHEEE.

The school year in Thailand is divided into two semesters. For higher education, the school year goes from June to March. It has a two or three week break between the two terms in September. The long summer break coincides with the hottest part of the year and Songkran, the traditional Thai new year celebrations.

Most bachelor degree courses in Thailand are four years full-time attendance programs. Exceptions are pharmacy and architecture that require five years, and the doctor of dental surgery, medicine, and veterinary medicine that are six years of study programs. Master degree study generally requires either one or two years and the degree is conferred on course credits with either a thesis or a final exam.

On completion of a master degree, students may apply for an admission exam to a two to five year doctoral study program. The doctorate is conferred on coursework, research and the successful submission of a dissertation.