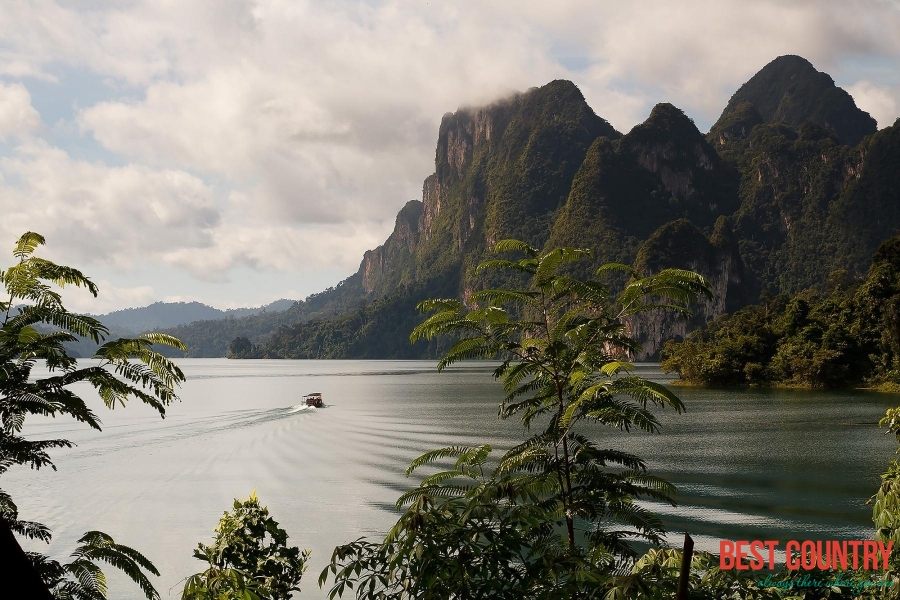 This remarkable annual wind reversal is related to changes in air pressure and temperature taking place above the high Tibetan Plateau. Due to these shifting winds, Thailand’s climate varies markedly throughout the year. Conditions depend on the direction of the winds in relation to the north-south trending mountain systems.

During the wet season each year, average rainfall is 1,500 mm (60 in), and during the dry season, rainfall averages between 150 and 250 mm (6 and 10 in). The Thai portion of the Malay Peninsula typically receives a large amount of rainfall, averaging 2,600 mm (100 in) per year, whereas northeastern Thailand normally experiences much less rainfall (1,300 mm/50 in per year).

Temperatures are somewhat higher inland than they are along the coast, except at points of high elevation. In the south and center of the country, temperatures vary little from month to month, while in the northern hills temperatures are cooler during the wet season.