Public and Religious Holidays in Qatar 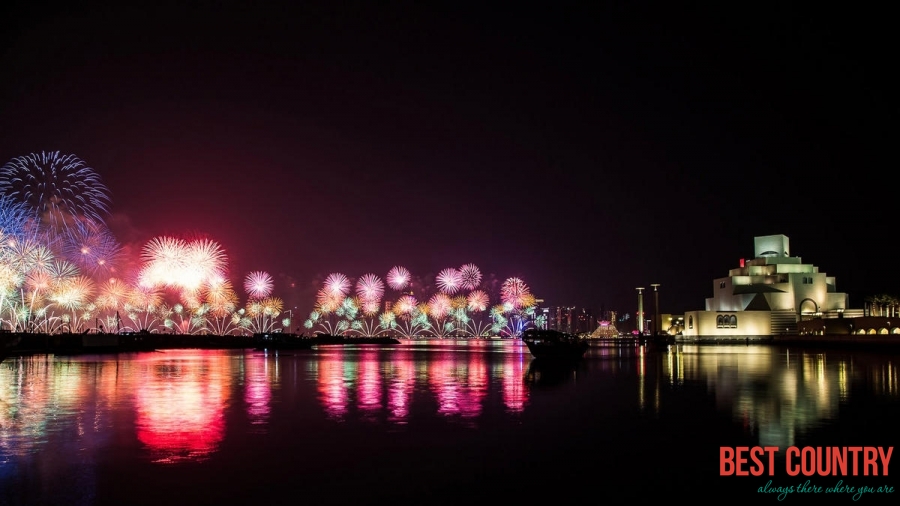 Ashurra, is celebrated by Sunni Muslims (Qatar is mostly Sunni, although there are a number of Shiite expats living and working here) as the day Noah's ark found ground, the day Abraham was born and the day the Kabaah*, the holiest place in Islam, was built.

Ashurra means ten in Arabic, and it is celebrated on the 9th and 10th day of the lunar month Muharram. Fasting on these days is an optional extra.Note: The Kaabah is a small cube-shaped building located in Al-Masjid Al-Haram in Mecca. It is considered the holiest place in the world for Muslims.

Muslims believe it was built by Abraham and Ishmael, and is a reflection of a house in heaven. When Muslims pray, they face towards the Kaabah.

Eid Al AdhaEid al Adha, or the feast of sacrifice, remembers the time when Abraham was told to sacrifice his son Ishmael, only to be stopped at the last minute.

This is the time when all Muslims who can afford it make a sacrifice: usually a cow, sheep or goat. The meat is then divided into three: a third for the family, a third for poor relatives and a third for the poor and the needy. There is normally a holiday for Eid Al Adha.

Eid al Fitri marks the end of the month long fasting that is Ramadan – not surprisingly it involves a lot of eating. (Eid itself means feast, while Fitri means to break the fast.)

Muslims rise before rather than at the crack of dawn and pray before sun rise, and then spend the day visiting family and friends – and eating large amounts of food, snacks and cakes! For some Muslims this is the biggest holiday of the year, and many expat Muslims feel homesick at this time.

The festivities in Qatar normally last for several days. While there is no set holiday, during Ramadan the Emir normally announces a week long holiday which starts before the Eid and continues for a few days after.

Hotels and the Qatar Distribution Centre are forbidden to sell alcohol during Ramadan. However, this year expats with alcohol permits were able to stock up beforehand, with two months extra allowance before Ramadan, and were allowed to purchase alcohol again the day after Eid Al Fitri.

Friday is a religious holiday for Qatar, but not to the extent that shops are closed all day! Big supermarkets like Mega-mart and Carrefour will be open for most of the day, shutting only for an hour around midday. Most shops will be shut for the morning, including those in the malls, although the major malls themselves will be open.

Restaurants open at 12.00 for people coming out of mosques, while most shops will open towards evening time. Friday morning is the quietest time of the week, and great for driving – conversely, Friday evening is extremely busy. For many people, Friday is the only day off they have.

Lailut Ul Qadr occurs during Ramadan, and celebrates the time when the verses of the Koran were first revealed to Mohammed.

This is a very important day for Muslims – Mohammed said this one night was worth more than a thousand months – and devout Muslims will spend the whole night praying and reading the Koran.

Ask some Muslims what the most important day of the year is, and they will say Mohammed's birthday. Yet others believe that celebrating this day is "Haram" (forbidden), as the celebration was added after the death of Mohammed and therefore breaks the convention that Islam was handed down complete to Mohammed.

One exception to the above is National day. September 3rd is the day Qatar ceased to be a protectorate of the British and became fully independent. There is normally a three day holiday. See Qatar's Independence Day for more information.